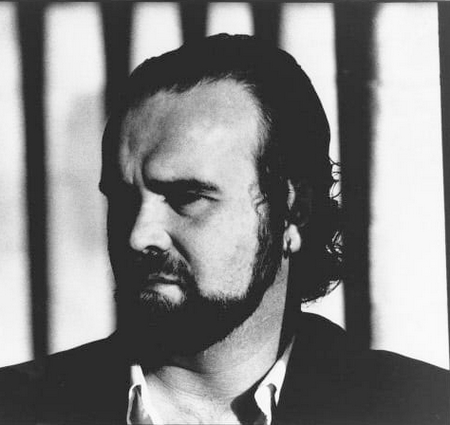 In twenty years as a professional musician John Martyn has earned the admiration and respect of his fellow musicians as well as the loyalty of a multitude of fans. He's never allowed his music to stand still, always seeking new forms and styles, and as an innovator he claims a special place in British music.

Since 1967, through more than a dozen albums, John Martyn's guitar has been heard in many different modes, from folk to jazz and reggae to rock. His first LP, The London Conversation [sic], was an acoustic set reflecting an apprenticeship served around

the folk clubs; the text album, The Tumbler, an early classic in which the jazz influence began to appear. Stormbringer continued the phase and featured John playing with the members of Bob Dylan's outfit The Band. Blues came next with Solid Air (1973) and then the rock-jazz fusions of Inside Out and Sunday's Child. Into the '80s and two LPs, Grace And Danger (1981) [sic] and Glorious Fool (1982), [sic] and John was well into rock with Phil Collins on drums and in the producer's chair.

Twenty years on John Martyn is still making superb albums, the most recent, Piece By Piece, worthy of a place in any collector's library. His recent tours have featured excellent musicians in supporting roles and his appearance at Glastonbury Festival was no exception. The set includes some of his more 'rocky' songs, mainly from the Piece By Piece album, but there's also a not-to-be-missed version of Over The Rainbow – a wholly untypical John Martyn encore.

STEREOPHONIC RECORDING:
To reproduce in MONO it is essential to use a STEREO pickup.

sitenotes:
These pages have been rebuilt in html from scanned paper.
Related to:
John Martyn ‎| In Concert - 390

| Paul Hillery
@bigmuffsite found this but didn't see it on your concert list https://t.co/NurVAf1AVs
2 months 2 weeks ago
END_OF_DOCUMENT_TOKEN_TO_BE_REPLACED