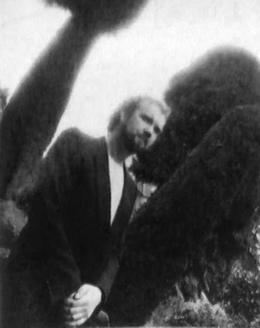 Often as not, early days are unrevealing, and with The Tumbler (1968) it's not immediately obvious that John Martyn would subsequently take an odd electrical path. It's the second album from this outstanding guitar player – clean, breakneck picking, bits of blues, English whimsy, and the employment of some daring late '60s flute.
By Inside Out (1973) the brittleness in his voice gives way to a Tom Waits-like boozy drawl, and instrumentally, he's a slave to the foot pedal, drawing a tangle of unlikely sounds from the guitar (bagpipes on Traditional, God knows what on Outside In); here, Glory Of Love is incongruous in a way that it wouldn't have been on The Tumbler.
Foundations (1987) is an altogether richer, more mellow experience (though Martyn's bellowing on the chorus of John Wayne is terrifying); recorded live in London and featuring a guitarless version of May You Never, Martyn weaves confidently between pop and jazz in a way that's curiously reminiscent of Sting.

Picture of the article kindly provided by John Neil Munro

Related to:
Foundations
Inside Out
The Tumbler

| Into the Trees.
@David_Lofts @bigmuffsite That's really great. You sing that really beautifully - I'm not often taken with other p… https://t.co/3uovZ520tI
3 days 18 hours ago

| Into the Trees.
@David_Lofts @bigmuffsite You lucky lucky man. Where did you get to do that and are you doing it again?
4 days 15 hours ago
END_OF_DOCUMENT_TOKEN_TO_BE_REPLACED