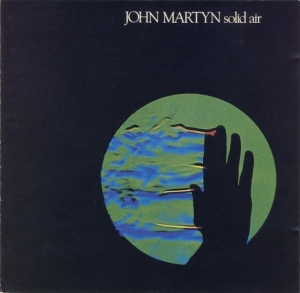 SOLID AIR - John Martyn - Island SW-9325
A 'definitively English' singer/ songwriter does not always have an easy time of it in the States. Some feel that they get into their music so much, there's no coming out of it to see the light of a new frontier. John's still into acoustic guitar and semi-blues vocal styling, but the sound concept behind this LP prevents it from being buried under any sameness whatsoever. Stevie Wonder-ish electric piano from John Bundrick and the tenor sax of Tony Coe are just two of the variegated threads on the John Martyn/ John Wood production loom. Great listening.

sitenotes:
Material provided by Rob Jarvis.
This review was published in Cash Box of 24 February 1973. In the same issue the New York Academy of Music concert of 9 February was reviewed.

| James Barry
@OneWorldJM Hi, I was sure I remembered seeing JM at the Theatre Royal, Bath but could find no date in the concerts… https://t.co/Vo0ewtPGFj
1 week 2 days ago

| One World
Small change in name of the website again https://t.co/UVWX5NLsIy
1 week 4 days ago

| One World
Heads up | Summer Gathering https://t.co/oNFUjz01Ha
1 month 1 week ago

| Paul Hillery
@bigmuffsite found this but didn't see it on your concert list https://t.co/NurVAf1AVs
2 months 2 weeks ago
END_OF_DOCUMENT_TOKEN_TO_BE_REPLACED