There's mystery in the air as John Martyn revives a classic 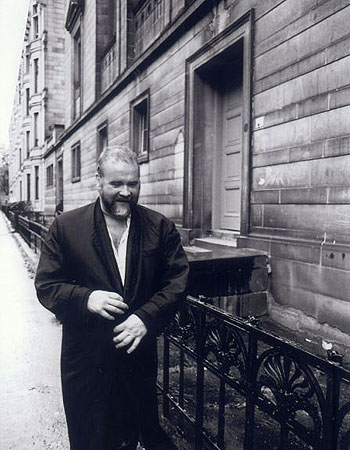 For an album that had no noticeable commercial impact here when it first appeared in February 1973, John Martyn's Solid Air has enjoyed a remarkable afterlife. Unlike the chart toppers by Gilbert O'Sullivan and Alice Cooper that out-gunned it in its day, Solid Air is now viewed as a classic. The sixth-best Scottish album ever, according to The Scotsman newspaper in 2003, it's shows up continually in lists of all-time great albums.

Demand for next Monday's concert at the Barbican –at which Martyn and his band will perform all nine tracks of Solid Air– was so intense that it sold out instantly. Another is scheduled for Glasgow's Royal Concert Hall on January 29. Many more could have been scheduled, the promoters say, were it not for the unexplained wishes of Martyn himself. He doesn't fancy it – end of story. And, contrary as that may sound, it's entirely in keeping with the impulse that led him to make the album in the first place.

By the early '70s, Martyn was a different character from the cherub-faced folkie guitar whizz from Glasgow who signed to Island Records as a teenager in 1967. "I was very sweet and gentle until I was 20," he confessed, in grumpy middle age. "Then I got the heave with Donovan and Cat Stevens and all that terribly nice rolling up joints. I'm not really very nice, so I consciously turned away from all that."

As the era of the singer-songwriter dawned, bringing untold wealth to contemporaries who were nicer, perhaps, but less gifted than himself, Martyn swung about as far in the opposite direction as pop music would allow. He got into modern jazz, and specifically the album Karma by the saxophonist Pharoah Sanders. It encouraged him to use his singing voice in an instrumental texture, rather than simply as a conduit for lyrics and melody. "There's a space between words and music and my voice lives right there," Martyn explained.

The growing popularity of Solid Air as an album has been closely linked to that of the subject of its spookily brilliant title track. Solid Air is widely taken to refer to Martyn's friend and fellow Island label mate, the doomed singer-songwriter Nick Drake. "John was very impressed with Nick and a bit intimidated by him," says Joe Boyd, whose Witchseason Productions company looked after both of them. "John's guitar playing was wonderfully complex and intricate, but it wasn't clean and precise, the way Nick's was."

As Drake's depression grew worse, he would turn up at Martyn's home in Hastings and spend days staring silently out of the window, drinking cups of tea prepared by John's wife, Beverley. Drake's spectral presence sounds very like the one Martyn has a bit of a go at in Solid Air. "I don't know what's going on in your mind, but I know you don't like what you find," he tells him, before neatly combining Drake's propensity for not eating with his fondness for floating about the place, in a hookline that alternates "livin' on" with "movin' through… solid air."

The way Martyn sings it, in a soulful, nasal falsetto, "solid" usually comes out as "zzzolid", a slurring that implies the singer might be drunk. Perhaps he was. Martyn's long battle with alcohol, which has blighted his career, and which seems to have begun around the time he recorded his most famous album. This is not to say that Solid Air is a gloomy affair. Its best-known track, May You Never –a solo piece addressed to his adopted stepson, Wesley– is full of the naïve spirit of his early, folky work. So is the cheery mandolin strum, Over the Hill. The best songs, meanwhile, are the ones that glide from the '70s to the present, unencumbered by period baggage. The straight blues numbers, by contrast, are now showing their age – and, in their hoarse, cajoling vocals, conveying something perhaps of the darkness that was about to overtake Martyn's life.

Quite how Solid Air will work at the Barbican is by no means clear. Goatish to the last, Martyn has declined all invitations to discuss it, possibly because he dislikes fielding the inevitable inquiries about his dead buddy, Nick Drake, whose posthumous lionisation he has called "creepy" and "ghoulish". Perhaps he also wants to dodge the tricky question as to why his current band does not include the lynchpin of the original sessions, double-bass player Danny Thompson.

Then there is the health issue. Martyn has not been well of late, having suffered a perforated pancreas as well as losing a leg. Given that Solid Air's success in concert depends in no small part on his ability to hit the high notes that make its best songs soar, can the 57-year-old warrior still emulate his gentler, twentysomething self? Monday's show offers a fascinating opportunity to find out.

1 sitenote: It is not quite clear why Solid Air is being referred to as a 'new' album as the first remastered version dates from 2000 and the Deluxe edition was released May 2009. So I guess we are looking at some sort of irony.

| Paul Hillery
@bigmuffsite found this but didn't see it on your concert list https://t.co/NurVAf1AVs
6 months 2 weeks ago
END_OF_DOCUMENT_TOKEN_TO_BE_REPLACED