All the greats have got one: that painful, intense, atmospheric studio album that was so emotionally demanding to make that it could rarely, if ever, be recreated in live performance.

Only after decades of distance are the artists finally able to grapple with those monsters. First was David Bowie with the icy Low, Lou Reed followed with his "unperformable" Berlin and just last week, Van Morrison revisited Astral Weeks in two live shows in America. And now there's John Martyn, enfant terrible of the 1970s. 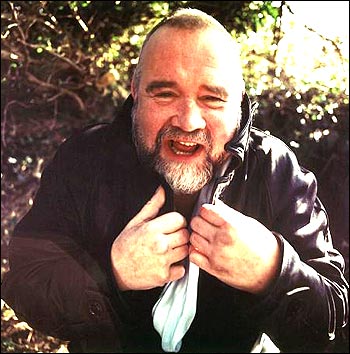 Grace and Danger he promised; grace and danger we got. At the Barbican in London last night, before an audience of devotees, Martyn set off on his "long journey into misery... divorce... lawsuit..." His post-punk album of 1980 stands as a cult classic, with its rich vocal textures, processed electric guitar sounds and fusion of just about every genre - pop, rock, jazz, blues and reggae.

It draws on the agony of his collapsed marriage at that time and documents his desperation in an apparent attempt to win back his estranged wife. Heavy stuff. But it is also a technical marvel and a watershed for Martyn who had become almost typecast as a brilliant but unfashionable exponent of acoustic blues, Martyn produced a breathtakingly ethereal facsimile of this great album.

The seeming ease of his rich, cello-like singing voice and gorgeous guitar runs - full of echo and delay - was in shocking contrast to his "late Brando" appearance, arriving on stage in a wheelchair with a considerable part of his right leg missing. Some People Are Crazy, Johnny Too Bad, Sweet Little Mystery and Baby Please Come Home were even better than the album versions. Lookin' On was truly outstanding as it faultlessly blended electric piano, fretless bass and saxophone, all orchestrated by Martyn with the coolest click of his fingers.

Only after he had delivered the entire album - "... and that was Grace and Danger" - did he exchange his Gibson for acoustic guitar to parade such classic songs as Solid Air, May You Never and Don't Want To Know.

The audience were ecstatic. "You're the guv'nor, John," shouted one fan.

| Paul Hillery
@bigmuffsite found this but didn't see it on your concert list https://t.co/NurVAf1AVs
6 months 3 weeks ago
END_OF_DOCUMENT_TOKEN_TO_BE_REPLACED