"Johnny Boy Would Love This. ... A Tribute to John Martyn"
(Hole In the Rain/Liaison Music/V2) 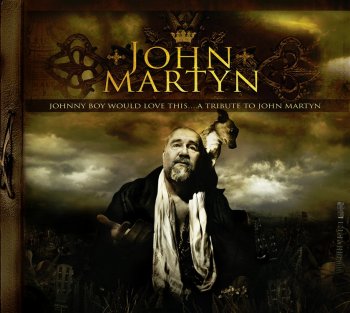 Genres dissolved in the music of John Martyn, a British singer and songwriter who died in 2009 after a career dating back to the 1960s. Modal melodies and intricate guitar-picking linked him to folk songs and blues. His burry, improvisatory vocals and sense of rhythm looked toward jazz. His studio experiments with echoes and distortion verged on psychedelia and electronica. And his lyrics, with their deep-seated melancholy and hard-won benedictions, can speak to the down-hearted anywhere.

"I wish I could step free/of every weight I ever leaned my weight upon," he wrote in "Let the Good Things Come," which opens the tribute album in a version by David Gray that despairs of any such possibility.

So it's little wonder that a tribute album could draw 30 acts: not only folky types, like Paolo Nutini and the Swell Season, but also Beck, Morcheeba, Snow Patrol and Robert Smith of the Cure, whose echoing guitar turns "Small Hours" into a shimmering anthem.

Unplugged, respectful folkies predominate, some simply doing their best to imitate Mr. Martyn. (Cheryl Wilson is backed by Mr. Martyn himself on guitar.) Others personalize the songs further. Beth Orton, accompanied only by guitar and piano, fills "Go Down Easy" with mournful longing. Beck's take on "Stormbringer" as somber acoustic folk-rock backed by a string arrangement could have come from his 2002 album "Sea Change," lyrics and all: "She never looked around to see me/ She never looked around at all."

Like most tribute albums, "Johnny Boy Would Love This" is mixed, with a few misfires, like Snow Patrol's overblown "May You Never." But Mr. Martyn's pensive, moody spirit comes through, and the tribute should send listeners back to his own 1973 masterpiece, "Solid Air."

| Paul Hillery
@bigmuffsite found this but didn't see it on your concert list https://t.co/NurVAf1AVs
10 months 3 weeks ago
END_OF_DOCUMENT_TOKEN_TO_BE_REPLACED