By JOHN GRIFFIN
of The Gazette 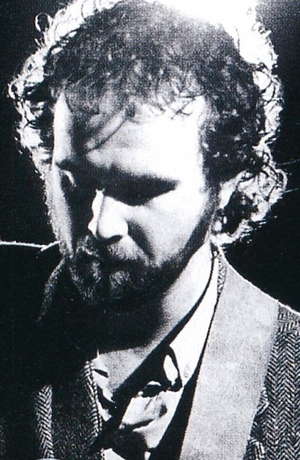 First impressions, especially in the world of music, are not necessarily accurate. Take the case of John Martyn's Grace & Danger (Island) LP, for instance. On first listening (granted, after a speedy evening of Joan Jett, Moon Martin and the Kingbees) it seemed like poor John was ready for the detoxification ward of his local health farm.

The word had come down that this Scottish singer-songwriter, guitarist and troubadour had parted company with his wife and musical colleague Beverley, with morose results that were written all over Grace & Danger.

After concluding that the music was sluggish, the lyrics mawkish and the singing absolutely drunken, Martyn's album was filed under Severe Disappointment.

So much for first impressions. The next day Grace & Danger somehow found its way back to the turntable and it's stayed there ever since.

ALBUM
of the week

That's the way it is with John Martyn. He's simply got the magic. Alternatively wide-eyed and innocent, or harsh as unaged whisky, Martyn has retained a consistently interesting and honest perspective throughout his 12-year career as an innovative folksinger and jazz artist.

Once you're addicted to him, nothing else will quite serve as a substitute, with the result that one's individual tastes will flex to keep abreast of Martyn's musical development.

So, where Grace & Danger first sounded turgid, it now is an hypnotic study in contrasting rhythms and instrumentations. Where the lyrics had previously been embarrassing, they've become poignant, brave and open. And where Martyn's singing had sounded absolutely in the bag, he now sounds moody, emotional, bluesy and fairly smashed.

The mid-tempo rhythmic structure is also standard - it seems to start in the middle and end there in a state of suspended animation. This sense of suspension is reinforced by Martyn's dreamy, slurred singing and improvised vocal repetition of the title line.

Dig into the lyrics though and the thin line of tension surfaces. "It's not the letters that you just don't write / It's not the arms of some new friend / It's not the crying in the depth of night / That keeps me hanging on." Depression, no doubt, but with a sense of hope that one also expects of Martyn.

Hurt In Your Heart shows Martyn darker still, with his jagged electric guitar lead sounding like its coming from another room. But again he is offset by more feathery electric piano and crisp backing and the total effect is positive.

So it goes for the rest of the LP, whether it be the reggae-like Johnny Too Bad, the cynical, furious Save Some (For Me) or the whimsical Some People Are Crazy, a song that is currently receiving local airplay.

The power of his music is his deliverance from the heartbreak of divorce and the effort makes for an experience that is both emotionally stimulating and a sheer pleasure to the ears.

sitenotes:
This Canadian review was published in The Gazette (Montreal) of Thursday 9 April 1981.

| Kerrie Brown
So proud of my parents ❤ its time for someone else to enjoy their creation. Lots of history from WW1, village marri… https://t.co/WULTU1oYXC
2 months 1 week ago

| Big Muff
Photographical mystery solved - except for the name of the photographer https://t.co/oSCnGikFSx
7 months 3 days ago

| Big Muff
Blast from the past: Guitarist interview from 1985. Ever heard of Scheme? https://t.co/Qg4tDy0zEX
7 months 1 week ago