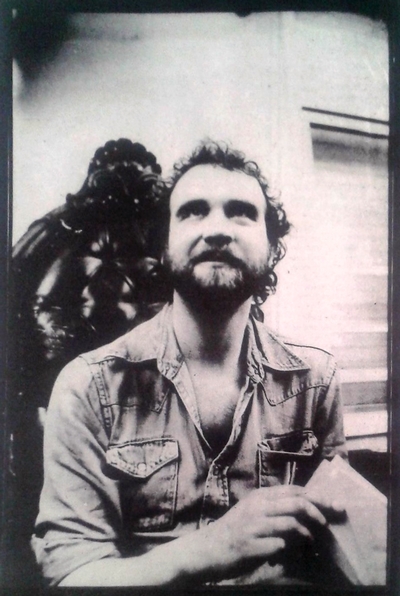 A NEW album by John Martyn has become a rare enough event these past few years. Too rare, his admirers will say, because Martyn is one of the great figures of modern music, a man of mighty skills, powerful vision and an uncompromising commitment to doing things his way.

Grace and Danger sees him change somewhat. In the past past he has presented an extraordinary exploration of the potential of the guitar when played through a variety of effects. The fruits of his efforts are now assimilated. The guitar effects are present but not overstated. Where once they represented the frontline of his music, now they're a texture which enriches it.

Being able to balance and control his awesome talents in this way, Martyn is at the height of his powers. He has matured.

The music on this record is not staggeringly different to some that Martyn has recorded before, but the album as a whole has an extraordinary coherence-in-power that elevates it way beyond its (still remarkable) predecessors.

The kind of leap we're talking about is like that made by Joni Mitchell with The Hissing Of Summer Lawns, and Martyn's bass player here, John Giblin, approaches the music in, shall we say, a manner not unfamiliar to people who've listened to Jaco Pastorius play with Ms. Mitchell.

And that is no reflection on Giblin - his contribution throughout is brilliant. The bass sings and solos, fulfilling a wholly different function to that of yer average rock 'n' roll bass player. Take the beautiful Hurt In Your Heart, where he plays it as a harmonic middle instrument, achieving a most moving, positively orchestral sound.

He couldn't do it without the support of an unusually sympathetic and intuitive group of musicians - Tommy Eyre on synthesisers and keyboards and Phil Collins of Genesis on drums with, of course, Martyn himself on guitars.

Ultimately, although there are layers of folk, rock and reggae throughout, we're talking about the kind of interplay and fluidity most commonly associated with jazz. Only the very best musicians need apply.

Martyn places far more emphasis on the songs, the delivery and vocal sound achieved. On Lookin' On, for example, he uses his voice like a muted sax – integrated into the whole music, part of the ensemble. That's the way it is throughout - totally assured. "Some people are crazzzzy" and he cackles Scottily about "an innocent grrrrin".

The beauty of it all is that none of the music comes across as any kind of technical exercise - it's hung together with love and affection and a sense of fun. Martyn's lyrics display a more rounded view of the world, a new contentment perhaps, or at least an acceptance1. Some of it, in fact, is also great pop. Sweet Little Mystery and Save Some would make great singles.

Grace and Danger, like I said before shows a great artist at the height of his power. If we're lucky it won't be the last such album from John Martyn. But in the meantime this is one to have.

And for those who need signposts, anyone who isn't already a fan of Martyn but who likes Van Morrison, Joni Mitchell, Genesis, Weather Report or even Gerry Rafferty, is going to find something somewhere in this to bow to. Get it.

| Big Muff
Nice old American article by Rob Patterson from May 1978: His Music Is Borderless. #johnmartyn https://t.co/TAwNJT0qNL
21 hours 31 min ago

| rab zappa
@veniveci @bigmuffsite Times were so much simpler then! He's the 20th century Burns and more.
2 months 1 day ago

| Jacqueline W
@bigmuffsite Also are you aware that Sweet Little Mystery is used in Devs which is on iPlayer at the mo? Episode 7
2 months 2 weeks ago

| Jacqueline W
@bigmuffsite trying to find footage of JM singing with his eyes open! Can you help at all please?
2 months 2 weeks ago

| rab zappa
@JjjVinyl @bigmuffsite oh well I do still have a couple of copies after all..
3 months 3 weeks ago
END_OF_DOCUMENT_TOKEN_TO_BE_REPLACED