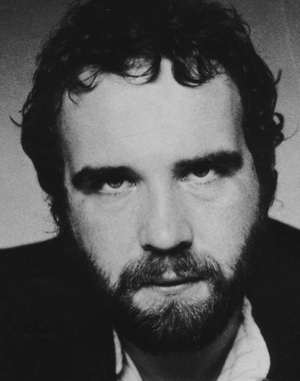 AFTER A career that's lasted for well over a decade. and after recording a dozen albums, John Martyn seems set at last to change his musical status from cult guitarist to established performer. It was back in 1967 that he first surprised the folk club scene with his first offering, London Conversation. This week he's released an equally unpredictable, highly sophisticated twelfth album Glorious Fool (WEA) that should prove far and away the most commercial recording he's made.

Quite unfairly, Martyn is still sometimes tagged as a folk performer, though it's years now since he expanded his musical range to a style that incorporates jazz, balladry and blues. The new album is produced by Phil Collins, drummer and vocalist with Genesis, and it's reminiscent almost as much of Collins' own best-selling solo album1 as it is of Martyn's earlier work. Martyn's distinctive guitar playing is rarely to the fore (the guitar solo on the opening track is actually by Eric Clapton), and instead of playing he concentrates on singing, balancing his curiously strangled-sounding, nasal voice against the sophisticated backing band.

Collins and Martyn have performed together since last year's Grace & Danger album, and they now make a formidable team. Some of the tracks, like the pounding Amsterdam or the lively Latin dance piece Perfect Hustler, are dominated by Collins' superb slick drumming, while on others like the moody, drifting Hearts And Keys Martyn sings over a wash of immaculately-produced keyboards and guitar. The result is an album that incorporates the sophisticated easy-listening qualities of Collins' album (and I don't mean that as an insult), with the emotional, sensual qualities of Martyn's writing and singing.

Equally sophisticated, though more predictable, is Collins' second performance of the week, on the new Genesis album Abacab (Charisma). As ever, they've made a pleasant, highly professional album, and it's rather more bouncy and up-tempo than usual. The mixture of pleasant ballads and swirling keyboards will please the band's vast following but win no new converts.

| Paul Hillery
@bigmuffsite found this but didn't see it on your concert list https://t.co/NurVAf1AVs
10 months 2 weeks ago
END_OF_DOCUMENT_TOKEN_TO_BE_REPLACED