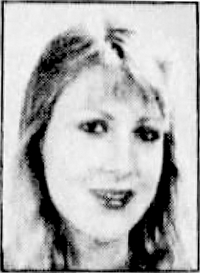 The reason that John Martyn's recording career has lasted for two decades can be owed to his willingness to wipe the slate clean every now and again. That is how he greeted this decade. The British singer-songwriter was tired of being an exalted cult figure, just as he got bored with being a hippie father figure a few years earlier and rejected folk for being stifling several years before that.

Since 1981 [sic] when Martyn teamed up with Phil Collins, his music has been as polished and pop-oriented as he is likely to ever get. Now Foundations, which comes from a series of concerts last year to celebrate his 20-year milestone, has little to do with any of it even though it reworks many of his classics.

It is free-form rather than structured. Danny Thompson, the acoustic bassist he first collaborated with over 15 years ago, reunites with Martyn.1 Together they resume their jazz dialogue on a different wavelength.

Some of these musical conversations are off-the-wall. Others are just emotionally raw with Martyn's gut-level vocals expressing a fearsome inner turmoil. Foundations is supposed to be retrospective by the mere premise of the project. In the end, though, it may have more to do with where Martyn is going, than it does with where he has been.

sitenotes:
1 Not a clue where she got that idea. The bass is electric and the player is David 'Taif' Ball.
This Canadian review was published in The Ottawa Citizen of Friday 15 January 1988.

| Paul Hillery
@bigmuffsite found this but didn't see it on your concert list https://t.co/NurVAf1AVs
10 months 3 weeks ago
END_OF_DOCUMENT_TOKEN_TO_BE_REPLACED