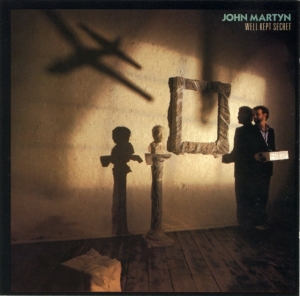 The ironical album: generally considered to be John's worst, leaving out Couldn't Love You More, it was in the charts for seven weeks and reached the top 20.

One gets the impression that Warner had high expectations of John and that the latter seriously tried with this album to score a hit. Something he never managed to do in his entire career. The songs are in fact not bad at all. Could've Been Me and Never Let Me Go often featured in concerts.

The album is relatively short. John was wounded at the time of recording because he had punctured his lung when jumping over a fence. After this second effort John and Warner split up again.

CD-release took place in 1997 and was digitally remastered.

Fuss On The Tape
Something strange happened with Hiss On The Tape; on all vinyl releases, both 7" and 12", this track lasts 3:40. All CD releases carry a longer version of 3:54, and this time is also printed (incorrectly) on the label of the vinyl records. So for CD a longer version was used. The difference is in the middle eight; for the vinyl releases, probably on second thought, this was shortened to a middle four.

Japanese CD edition June 1998 with two bonus tracks, a US remix of Gun Money and a live version of Hiss On The Tape. Probably because the original album with 37 minutes 15 seconds was rather short. The live version of Hiss On The Tape was recorded live at the Oxford Apollo on Sunday 10 October 1982.
This release also had real Japanese lyrics (on top of the regular ones) and even five pages of Japanese liner notes that were apparently completed 27 June 1998.

4 August 2008 a version by Warner Music (WEA International inc) with the same bonus tracks, was released in the Rhino Encore series.

| Paul Hillery
@bigmuffsite found this but didn't see it on your concert list https://t.co/NurVAf1AVs
10 months 2 weeks ago
END_OF_DOCUMENT_TOKEN_TO_BE_REPLACED