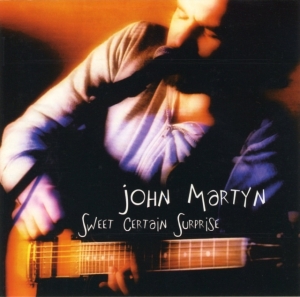 Rerelease of the 1997 US bootleg with two bonus tracks and improved sound.

Good release but be aware of the limitations of the original tapes.

Bonus tracks 11-12 are of unknown origin.

Certain Surprise is clearly an early version with the lyric under development.
May You Never is played solo electric.
Same goes for Spencer The Rover, "Another rave from the grave" according to John.

John's intro to Man In The Station:

"This is only the second gig I play in America. I was on the road back earlier. I intended to take a year off and that stretched into eighteen months, so I'm a little bit rusty. I'm not really up on the heavy repertoire. People have asked me to play some songs, I am going to try and remember them. You have to be prepared for a certain amount of looseness, you dig, man? There's not going to be a great deal of leaping about in lamé suits and that sort of stuff."

| Paul Hillery
@bigmuffsite found this but didn't see it on your concert list https://t.co/NurVAf1AVs
10 months 3 weeks ago
END_OF_DOCUMENT_TOKEN_TO_BE_REPLACED