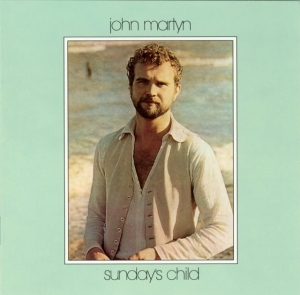 Fine collection of home grown songs; one of John's most accessible albums. 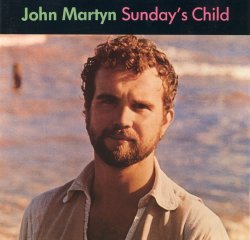 John told International Musician in 1991: "Working with Danny Thompson was always fast; the whole of Sunday's Child was recorded in six days and it was all improvised, all of it."

The US vinyl pressing had a different picture sleeve, see the scan on the right. The inner sleeve with lyrics was purple and the label was the 'holiday' type (see label page). Apart from the catalogue number mold A had also "STERLING" stamped on it. 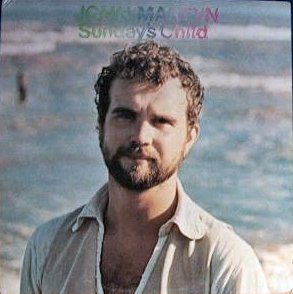 Extensive touring was matched to an intensifying Island promo campaign, see the Melody Maker adverts below. The promotional copies were accompanied by a 'personal' letter to record dealers by Island A&R official Fred Cantrell:

John Martyn will probably never be a "star" in the accepted sense of the word though to several thousand Martyn aficionados and to all of us at Island John has been a star since we released "London Conversation" back in 1968.

Since then a further six albums have seen the light of day, each one selling a little better than its predecessor which indicates that the movement is growing! This, then is the new album "Sunday's Child" to be released on Friday 24th January. No superlatives. Just judge for yourself. 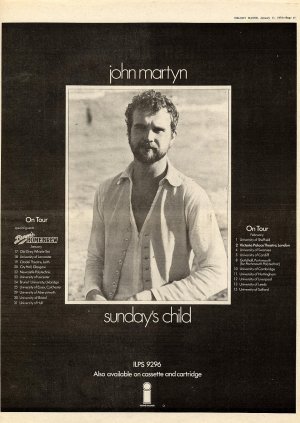 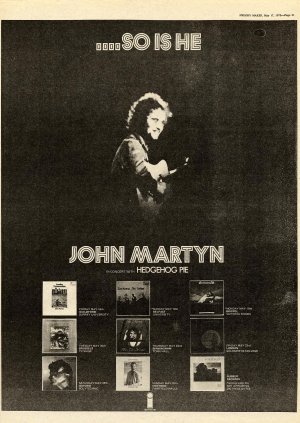 sitenotes:
The cover picture was taken by Brian Cooke in Hastings on the beach, 08 August 1974.

"Watch carefully, at no time do my fingers leave my hands." (to an Australian audience in 1978)

| Paul Hillery
@bigmuffsite found this but didn't see it on your concert list https://t.co/NurVAf1AVs
10 months 3 weeks ago
END_OF_DOCUMENT_TOKEN_TO_BE_REPLACED