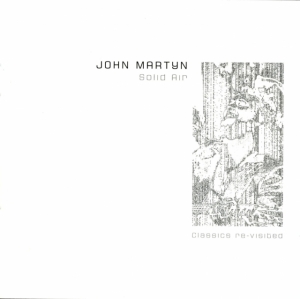 Nothing to do with Solid Air but everything with Artful. Say no more.

"All tracks issued under license from Artful Records."

Released in the Recall 2CD series; CDA has a black finish, CDB a silver one.

Another unbelievable rehash of Artful stuff, this time under another label name. Material from The Apprentice, No Little Boy, Couldn't Love You More and Live. One Day Without You is from No Little Boy but has a different cut in the sax solo and fades out earlier.

Big Muff as well as Easy Blues is falsely credited to John Martyn only.

The album has got nothing to do with the Solid Air album. It was sold for £ 7.99.

| Paul Hillery
@bigmuffsite found this but didn't see it on your concert list https://t.co/NurVAf1AVs
10 months 3 weeks ago
END_OF_DOCUMENT_TOKEN_TO_BE_REPLACED