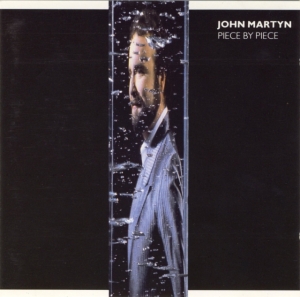 The first CD release was a bit confusing because it was simultaneously released as the original album and as a 'compilation' with the four bonus tracks. Catalogue numbers, covers and barcodes were the same and both CD's were mastered by Nimbus, England, with identical pressing or mastering numbers. (Other copies were mastered by PDO however and suffer from bronzing.) The Nimbus pressing has one dot pressed behind the album number, the compilation bears three dots. Like the original UK releases, the German compilation has got a white Island back cover instead of a black one.

Piece By Piece got unusually good promotion with a fine press kit, a touring program and lots of merchandise. Several singles in various formats accompanied the album and promotional vinyl singles have been reported from as fas as Canada, Spain and Australia.
In a short introduction to JM in the Dutch Vinyl magazine published October 1985, editor in chief Joost Niemöller made an interesting remark while apparently referring to Piece By Piece: "His latest album, Big's Talk, has already been finished, but Island postponed the release until January 1986 because then twenty years of John Martyn can truly be celebrated. Expectations about this record are high."

| Paul Hillery
@bigmuffsite found this but didn't see it on your concert list https://t.co/NurVAf1AVs
10 months 2 weeks ago
END_OF_DOCUMENT_TOKEN_TO_BE_REPLACED