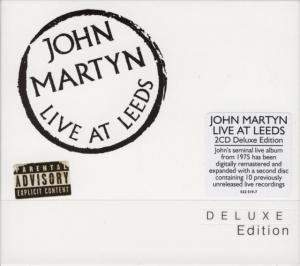 This is not the same album as the original Live At Leeds; instead it offers the tapes of the concert itself. So most of the material is unreleased.

Well presented collection of tapes with much unknown material accompanied by 24 page booklet.
Tracks 1-12 are the original concert given 13 February 1975 in the Refectory of Leeds University.
The rest were recorded during rehearsals.

| Paul Hillery
@bigmuffsite found this but didn't see it on your concert list https://t.co/NurVAf1AVs
10 months 2 weeks ago
END_OF_DOCUMENT_TOKEN_TO_BE_REPLACED