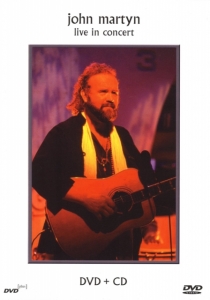 Europe region DVD release 16 July 2001 by CP Entertainment (Classic Pictures). This one is a 'DVD plus' meaning there's a normal audio CD on the flipside. Both DVD and CD leave out the introductory music and some of John's comments in between songs.

Features include animated menu; track selection; biography and discography. It is licensed from Silverpark Associates who made the original video. The blurb says

"The music of the living folk legend John Martyn is highlighted in this live recording from London, at the Camden Palace Theatre in 1984. John Martyn remains an inportant and influential figure in both British folk and rock and he transcends the boundaries of conventional singer-songwriting and has developed groundbreaking styles over various musical genres."

The sound quality is excellent and the images are as good as might be expected from an old analogue recording. 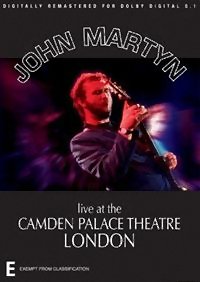 The Australian release has a black cover but I'm not sure whether this is the same material as the European release or the American K-Tel one.