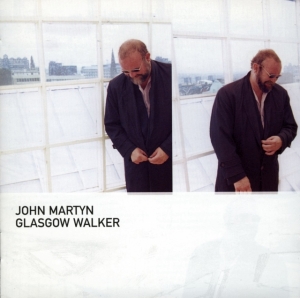 Pleasant return to form with some great songwriting in matching production on new and bona fide record label.

"This album is dedicated to Rod Woolnough."

Reginald Hastings plays slide guitar on So Sweet, Wildflower and Feel So Good.

CD comes with a 12 page booklet produced by Ryan Art. It contains the complete lyrics and photographs of John taken by Paul Cox in and around the Glasgow School of Art which John attended in his youth.

First pressing 14.000 copies. There was an advance promo CDR that contained three extra unreleased tracks:
Sergeant, Sergeant (5:02, a song about a policeman visiting a friend's home); Cool In This Place (5:56, a longer version probably with guitar solo) and Can't Live Without You (5:44, so a longer version). The bonus tracks are extremely rare.

In 2005 four CDRs popped up on Ebay that were said to have been found by a workman in John's former cottage. One of these proves ('unconfirmed running order') that the original plan was to release Glasgow Walker with Sergeant, Sergeant as track #10. The record company decided later on to change this track for You Don't Know What Love Is.

sitenote:
Kathryn Williams, who does backing vocals on The Field Of Play and Can't Live Without, played September 1999 before her biggest audience yet (2,500) when she appeared as part of "English Originals," the Nick Drake Tribute Night at London's Barbican. Her performance of "Saturday Sun" was considered one of the highlights of the charity event and led to an invitation to provide backing vocals to Drake friend John Martyn's 2000 release, Glasgow Walker.
Kathryn Williams remembered the occasion being referred to as a 'dream chance to duet with wayward psychedelic folk icon John Martyn' in The Scotsman of Tuesday October 17th 2000:
"He arrived two hours late, worse for wear, with his flies open and wearing a suit that was covered in mud."
Perhaps John came from The Field Of Play...

| Paul Hillery
@bigmuffsite found this but didn't see it on your concert list https://t.co/NurVAf1AVs
2 months 2 weeks ago
END_OF_DOCUMENT_TOKEN_TO_BE_REPLACED