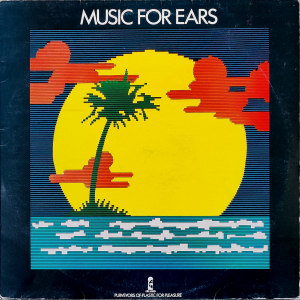 Side A has a total playing time of 22:39 while side B takes 21:14.
I estimated the release date based on those of the contributing releases.

sitenotes:
1 The album credits this song to 'Crucial Reggae' but this is a various artists album that surfaced 1981 and does not include this song (ILPS 9640, Crucial Reggae Driven By Sly & Robbie). Some research shows that during 1980, Junior Tucker made a single and an album featuring Some Guys Have All The Luck, produced by Chris Blackwell and Tommy Cowan. My guess is that at the time of compiling this promo sampler, the single was ready with the intention to include it in the Crucial Reggae sampler, but that later on it was left out.
2 The album From ZE To Eternity is very obscure and was announced in Music Week (UK) of 18 October 1980. Later on, in 1981, the song was also released as a single (WIP 6707).

| Paul Hillery
@bigmuffsite found this but didn't see it on your concert list https://t.co/NurVAf1AVs
10 months 2 weeks ago
END_OF_DOCUMENT_TOKEN_TO_BE_REPLACED