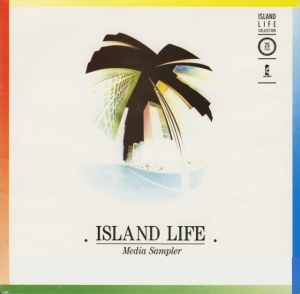 Promo to announce 25 years of Island.

"Promo sampler not for re-sale"

Virgin sold a numbered limited edition through their own channels, though.

sitenotes:
This promo and the eponymous second one prelude to a big release to celebrate Island's 25th anniversary in 1987. The seven LP box Island Life (IBX 25) did not materialise until April 1988, however. John Martyn is represented on this item with three tracks: Traffic-Light Lady (side five); You Can Discover (live) on side eight - probably the Rainbow Theatre version; and Certain Surprise (side nine).

John's albums were also rereleased this year in a budget version with an Island Life logo on the cover.

| Paul Hillery
@bigmuffsite found this but didn't see it on your concert list https://t.co/NurVAf1AVs
10 months 2 weeks ago
END_OF_DOCUMENT_TOKEN_TO_BE_REPLACED