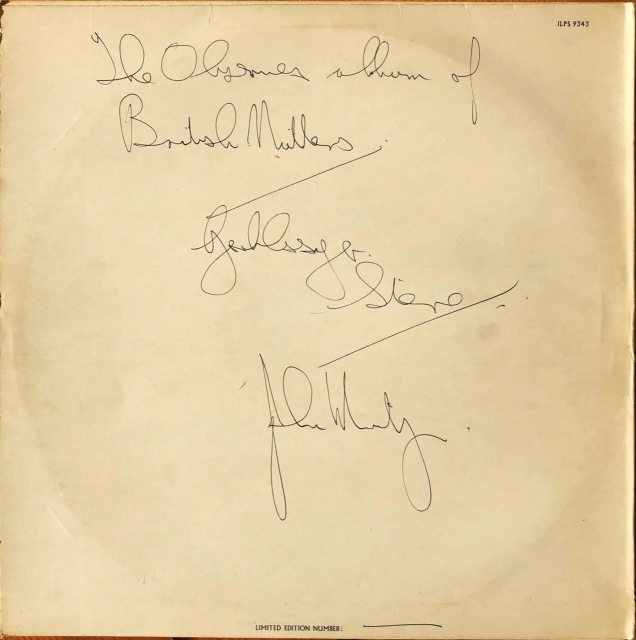 Photographer Tim Dickeson owns this unnumbered but signed copy of Live At Leeds but he got it from Hastings journalist Stephen Turner. The copy went unnumbered as it was a personal gift, says Tim:

"Steve was a good friend of mine and a little time after the gig [of 9th January 1976] he went around to John & Beverley's place [in Hastings] to do an interview for the paper. John gave Steve a signed copy of Live At Leeds - which Steve later gave me as he knew I was 'smitten' so to speak..."

Two articles by Steve are included in the Print section. Including the mentioned interview.

| Paul Hillery
@bigmuffsite found this but didn't see it on your concert list https://t.co/NurVAf1AVs
10 months 3 weeks ago
END_OF_DOCUMENT_TOKEN_TO_BE_REPLACED