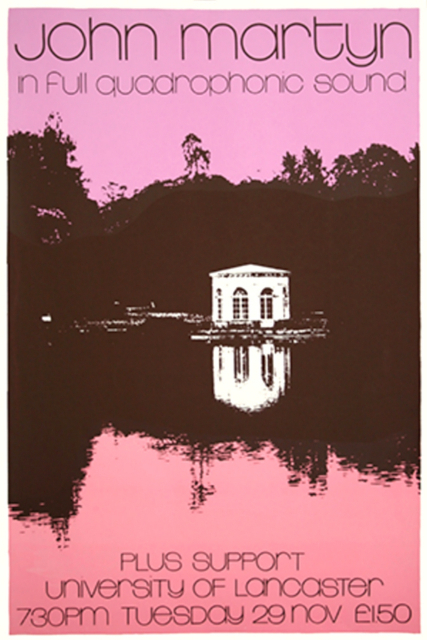 John Angus designed and printed a large number of silkscreen posters for Lancaster University between 1976 and 1981. Two of them advertised John Martyn shows.
This poster for the John Martyn concert of 29 November 1977 is based on a photo he took of a garden in the UK.
The supporting act was Prelude.

| Paul Hillery
@bigmuffsite found this but didn't see it on your concert list https://t.co/NurVAf1AVs
3 months 3 weeks ago
END_OF_DOCUMENT_TOKEN_TO_BE_REPLACED