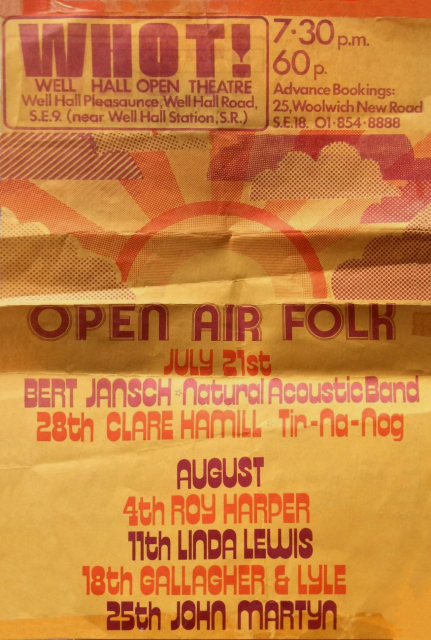 This reconstructed poster mentions a concert on August 25th, with an admission of 60p. It took place at the Well Hall Open Theatre, in a small Eltham (London) park called Well Hall Pleasaunce. And it was part of a series 'Open Air Folk' organized by the Greenwich Entertainment Service. 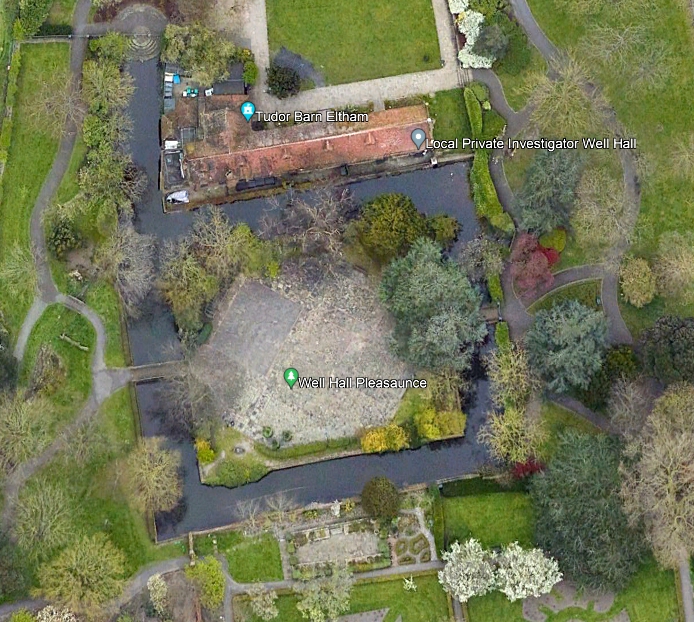 The year was a puzzle as we did not know the day the concert took place. A Roy Harper ticket points out it was a Saturday, which leads to 1973. Notice Bert Jansch and Claire Hamill the month before. And Linda Lewis covered John Martyn's May You Never two years later on her album Not A Little Girl Anymore, with a stellar cast of Bernie Holland (guitar) and Lowell George on slide guitar.

"I don't mind being misinterpreted but I don't want to be misunderstood"
(quoted by Jim Conley, 18 Nov 1973)

| Paul Hillery
@bigmuffsite found this but didn't see it on your concert list https://t.co/NurVAf1AVs
10 months 3 weeks ago
END_OF_DOCUMENT_TOKEN_TO_BE_REPLACED