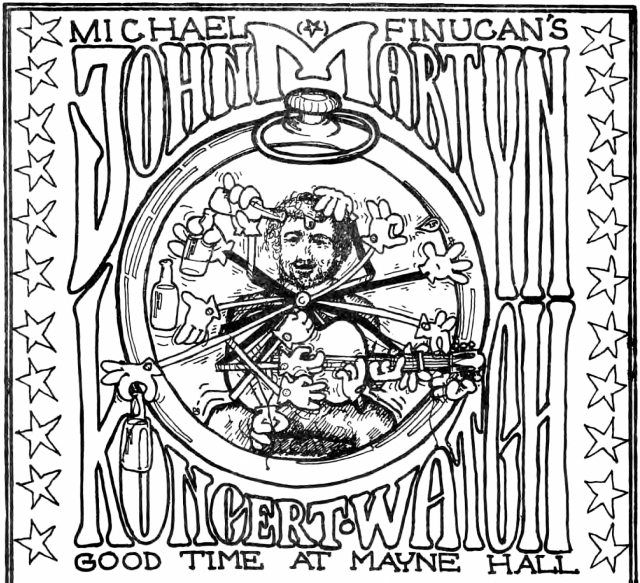 'Michael Finucan's John Martyn Konzert Watch'
A very rare find: a cartoon accompanying the review of the show given at Brisbane Mayne Hall, 21 August 1977.
It was published in the Radio Times of 1 September.
There's a lot going on in the drawing: John's music runs like clockwork, probably inspired by the echoplex.
The hands of the clock become John's hands, on the strings, tuning, and moving the capo. We also notice bottles of beer and a drop of sweat elegantly being propelled. And one or two broken strings, of course.

| Paul Hillery
@bigmuffsite found this but didn't see it on your concert list https://t.co/NurVAf1AVs
10 months 2 weeks ago
END_OF_DOCUMENT_TOKEN_TO_BE_REPLACED