Will you love them tomorrow? 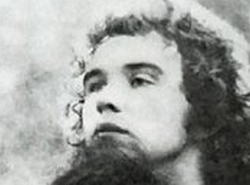 "I'm trying to pull electric music into acoustic and acoustic into electric," John Martyn told me earlier this year1. It's been said a million times before, easy words to find, but Martyn moves nearer to that end than any artist I've heard. He can flit through a couple of acoustic contemporary songs, has a guitar that is modelled and inspired by jazz horn players like Coltrane, and with his semi-acoustic guitar plugged into a small Fender amp using full reverb and a Copycat unit he can send notes rolling into an abstract pattern upon pattern that is both intriguing and exciting.

It was the Band's 'Music From Big Pink' that turned him on to electric guitars, before that he'd been well settled into folk clubs and had no intentions of moving out. But why should Martyn happen now after long years bubbling around the folk clubs? In the past that's mainly been down to Martyn himself. A mass of contradictions, he wasn't willing to sacrifice himself to an audience. If he fancied playing electric all night, then he did, and the same with his acoustic set.

Martyn was anarchy and lived in a life style far removed from that of the average rock and roller, but over the last year he has been coming to terms with himself and his audience. His real strength is in his songs. Not dull energy-sapping hang ups like so many other artists like him, but songs. Mainly easy going pieces, and he can take a song like 'Singing In The Rain' and really bring it out and turn into something more than a sweet little ditty.

In January he's off to the States for his first tour there with Traffic and Free, then back to Britain the following month for the release of his latest Island album 'Solid Air' and a long tour here that should firmly establish him. – MARK PLUMMER

1 sitenote: Mark is referring to an interview published in Melody Maker of 19 February 1972: 'Martyn Turnson'.
This piece was dug up by biographer John Neil Munro who added as comment:
"Melody Maker pick John as one of the names to make it big in 1973. Others selected were Status Quo, Gentle Giant, Bette Midler, Home, Stackridge, and Glencoe..."
The publishing date was reconstructed.

| Paul Hillery
@bigmuffsite found this but didn't see it on your concert list https://t.co/NurVAf1AVs
4 months 3 weeks ago
END_OF_DOCUMENT_TOKEN_TO_BE_REPLACED