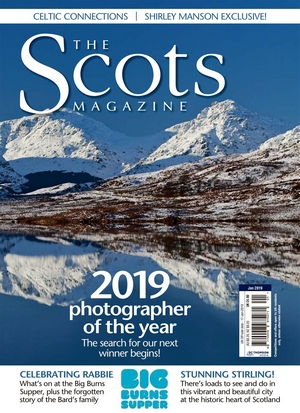 When people write about the musical and personal relationship between John Martyn and Danny Thompson, there are typical anecdotes you can expect to appear. Like the time Thompson trapped a passed-out Martyn under a carpet then ate his breakfast on top. Or the fights the pair used to pick with entire rugby teams.

But for Danny, now 79, the stories -which are, after all, only stories- miss the point. Do you really need them to know what John Martyn was like?
"Just listen to those fantastic songs that are part of his heart and soul, and that will tell you everything you want to know about John," he says.

Double-bassist Danny was a founding member of the folk-jazz group Pentangle alongside Bert Jansch, and has performed with artists as diverse as Kate Bush and Cliff Richard. But it is his work with his 'curly-haired boy' Martyn, which began on 1970's The Road To Ruin and continued until Martyn's death 10 years ago this month, for which he is arguably best known.

To mark the anniversary, Danny is turning musical director for a celebratory evening at Celtic Connections. The Glasgow Royal Concert Hall show, named for Martyn's 1980 album Grace And Danger, will feature vocals from the likes of Paul Weller, Lucy Rose and Eddi Reader; a string section arranged by Greg Lawson; and a house band made up of long-time Martyn collaborators Alan Thomson, Foster Paterson and Arran Ahmun.

"Of course, I remember John every day," he says. "But I've been wanting to do a real celebration like this for a long time, something really special."

"Everybody I called said yes immediately – didn't even hesitate. Eddi Reader said that if I didn't want her to perform, she'd just stand in the wings, because she loved John for centuries – as we all have. But I also wanted to feature a lot of people that are not as well known, like Rory Butler and Katie Spencer, who are also long-time fans of John."

Danny discovered both Rory and Katie through The John Martyn Group, an active community of Martyn fans on Facebook who share pictures and stories, and organise an annual John Martyn Gathering of live music and reminiscing in Yorkshire every summer. For Danny, this type of fan-powered celebration is exactly what he envisages for the Celtic Connections night. 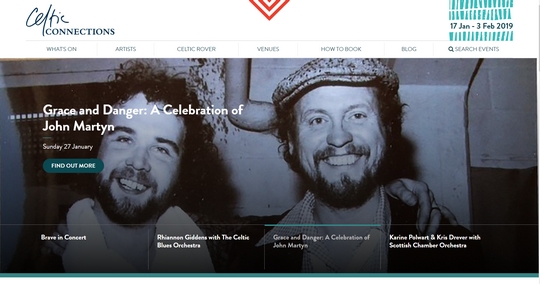 "When the idea of this concert came up, I said it's got to be the gubbins," he said. "It wasn't 'let's do the gig, goodnight, move on'. This has got to be something cherished. And everyone that's coming is not coming for a gig, or to sell their new album, or to promote their life or their career. They're coming for the same reason that I want to do it: they're lovers of a curly-haired boy."

"I don't want everybody to get maudlin, which is why this is more of a celebration than a tribute. Because, yeah, I miss John every day -I didn't know what grief was until I lost him- but I'm very, very happy that he was here. And I think that people who are coming to the concert will want to rejoice in the fact that he was actually here."

"When I met John, it was a love affair – it just can't ever be repeated"

Although John was born in London, he spent much of his formative years in Glasgow in the care of his paternal grandmother – a time that Danny remembers just as fondly.
"I remember being with John in 1973, waking up early at his gran's house on Tantallon Road for breakfast porridge, then we'd go out fishing. Twenty minutes out of the city in a black cab, hop over a wall, cross a few fields to a shallow stream, and he brought out this tiny little piece of fishing rod and caught six brown trout. Stuck them in a carrier bag, back over the wall, into the nearest pub for a pint and to call a taxi back home: 'Hello Gran, trout for tea'."

"And then we'd head back out, to the bowling green on the corner where we'd play bowls, for money of course, and argue and fight because he used to cheat quite a bit. We'd go into Glasgow and frequent places like the Victoria Bar or The Scotia, and we'd end up getting drunk and going back to the house to play music."

"When I met John, it was a love affair. The connection was immediate. If John Martyn had been the only person I had worked with, that would have satisfied every musical inspiration that I ever had. Because, through those formative years, two naughty boys getting together and playing music – it was just the most wonderful thing, and it can't ever be repeated."

"I've worked with some pretty amazing people – even The Who. But this night, for this person out of all the people I've worked with, is going to mean so much to me. And I hope I'm up for it. I hope I can still play."

sitenotes:
This interview was published on page 58 and 59 of the Scots Magazine, edition January 2019 and featured some nice archive pictures.
Back issues can be ordered here. Issues are also available for download through the app (App store and Play store).

| Paul Hillery
@bigmuffsite found this but didn't see it on your concert list https://t.co/NurVAf1AVs
6 months 3 weeks ago
END_OF_DOCUMENT_TOKEN_TO_BE_REPLACED