British singer-songwriter John Martyn, best known for his 1973 album Solid Air, died today, January 29th, at the age of 60. A note on Martyn’s official Website reads, “With heavy heart and an unbearable sense of loss we must announce that John died this morning.” No cause of death was provided. In a career than spanned four decades Martyn worked with artists including Eric Clapton, Phil Collins, Steve Winwood, the Band’s Levon Helm and Pink Floyd’s David Gilmour. But it was Solid Air that earned him most acclaim. 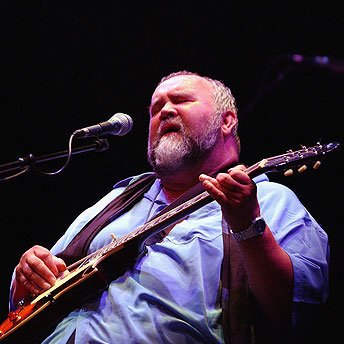 In 2006, Martyn played the album in its entirety as part of the All Tomorrow’s Parties Don’t Look Back series. The title track “Solid Air” is reportedly a tribute to Pink Moon singer-songwriter Nick Drake, a good friend of Martyn’s who died of an overdose 18 months after Solid Air’s release. Martyn’s final studio album, 2004’s On the Cobbles, features contributions from Paul Weller, Mavis Staples and the Verve’s Nick McCabe. Martyn has been credited in the past for influencing artists like U2, Portishead and Clapton, who covered Martyn’s “May You Never,”

Phil Collins, who played drums on Martyn’s 1980 album Grace and Danger and produced his 1981 Glorious Fool, told the BBC, “John’s passing is terribly, terribly sad. I had worked with and known him since the late 1970s and he was a great friend. He was uncompromising, which made him infuriating to some people, but he was unique and we’ll never see the likes of him again. I loved him dearly and will miss him very much.” David Gilmour’s Twitter also made note of Martyn’s passing, saying “Sorry to hear - and say - that John Martyn passed away this morning.”