Sandy Denny | Reflections On Her Music 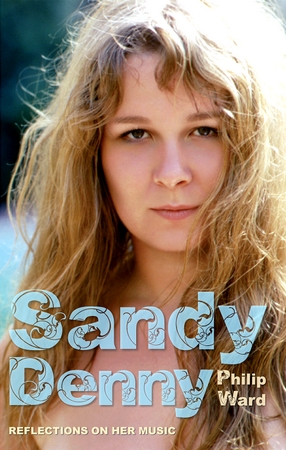 This excellently researched book about Sandy Denny contains a short chapter on Theo Johnson, the man who got John Martyn a record deal. Little is known about Theo; I discovered I had collected all the available material before reading this chapter.

A shadowy figure from Sandy Denny's early life is Theo Johnson, immortalised in her song 'Next Time Around' as 'Theo the sailor who sings in his lair'.

He was, indeed, a sailor, or an ex-sailor. According to the sleeve notes of an album he recorded of Bawdy British Ballads, he was in the merchant marine from 1944 to 1953. If true, he went to sea at 14 or 15 during World War II. Later he turned up as a folk singer and music entrepreneur in London. He was involved in some way with The Barge, a floating folk club on the Thames, where both Jackson C Frank and the young Denny performed. Some say he was the owner, others that the owner was one Geoff ('very fond of cheap sherry'), who ran the bar with his girlfriend Helen. At The Barge in 1967 he befriended John Martyn and offered to become his manager. Though he is credited as producer of Martyn's first album, London Conversation, Martyn seems to have viewed him with amusement (and perhaps caution?) as 'a little, fat, mad hustler of the finest kind'. A contract that would have given Theo 45 per cent of Martyn's earnings for the next ten years was, not surprisingly, rejected. In the last major interview he gave before his death in 2009, John Martyn looked back on those days:

Then there was Geoff, a meths drinker who had this barge on the Thames called the Kingston Folk Barge. His missus was as bad. He used to charge two-and-six to get on, but if you got up to play you could get on for free, so I started playing there every Saturday night. One day I met this guy there called Theo Johnson, who said, 'Son, do you want to make a record?' and I said, 'Of course I bloody do!' By the following Tuesday he had me in a meeting with Chris Blackwell and we were like (clicks fingers). That was it. I didn't audition or anything, he just took Theo's word for it. I remember he liked Fairy Tale Lullaby. Chris gave me £181 and I went to this drummer called Dave's studio in Putney to record London Conversation. Took me a whole afternoon to record that one.

David Mercer, a regular in the audience at The Barge, recalls with affection an 'old rogue' whose 'character tended to the lewd, as one might expect from a sailor.' As well as The Barge, Theo sang regularly at Bunjies Coffee House and other venues. On 19 July 1968, along with Martyn, Al Stewart, Fairport Convention and Julie Felix, he appeared at Central Hall Westminster on a bill put together by the committee of Human Rights Year. Theo was well-connected: there were links to Island, which enabled him to market the unknown Martyn to Chris Blackwell; and he must have had an 'in' with Marcel Rodd at Saga Records, since he's credited as brokering the deal with Sandy Glennon, then managing Sandy Denny, which led to Denny's earliest studio recordings, Alex Campbell And His Friends and Sandy And Johnny. The traditional songs on the first record are credited 'Trad. arr. A. Johnson', those on the second 'Trad. arr. Johnson'.

John Neil Munro's biography of John Martyn supplies a little more information [page 41-42, 2007 edition, ed]. Martyn stayed for a while at Theo's Richmond flat, where according to Hamish Imlach, 'the two exiled Scots would help themselves to Theo's deluxe whisky and replace it with cold tea'.1 Robin Frederick, erstwhile friend of Nick Drake, also stayed at the sparsely furnished flat. She remembers Theo temporarily disappearing, 'allegedly with the small advance given by Island for Martyn's first album.' The free-and-easy set-up sounds not unlike Denny's flatshare at Stanhope Mews, with a succession of people coming and going. Robin recalls 'a couple of Swedish girls crashing there and an Italian poet named Angelo whom nobody seemed to actually know.' Johnny Silvo and Diz Disley lived upstairs and Bridget St John was a frequent visitor.

Andrew Ceelen also stayed at Theo's flat. With his permission, I quote what he told me:2

I first met with Theo when he performed in a folk club in Haarlem called 'De Waag'. We started talking and he invited me to stay at his house if I ever came to London. At that time 'De Waag' was the centre of folk music in the Netherlands. In the time I frequented the place I saw Paul Simon, alone and a year later together with Art Garfunkel, Alex Campbell, Dorris Henderson and Joan Baez. In the autumn of 1966 I decided to quit my job as a dispatch clerk at CBS and went to England. Theo had told me that I should take the tube to Richmond, then walk over the bridge and ring the bell at the house with the blue front door on the left side of the street. So I did and he put me up for more than three months while I was looking for a job in the recording industry. During that time I met with Johnny Silvo, Don Partridge (he popped in regularly), Stan Johnson (Theo's brother), John Martyn and Robin Frederick and her American boyfriend, whose name I've forgotten.

Although the album [London Conversation] apparently cost 158 pounds to produce, I paid part of the production costs (I can't remember exactly how much I contributed). Why is my name not mentioned? My work permit was for working at Saga Records in the chemical department producing the matrixes for the record pressing machine. With regards to supervision by Chris Blackwell, I don't recall that. [The credits for London Conversation list Blackwell as 'supervisor'.] I can remember that I met with Chris together with Theo and talked about John Martyn but then we already had recorded at Tony Pike's Putney studio. I remember going on the bus together with John while he was playing the sitar and writing his last song for the album. We recorded on a Saturday and the session flute player [Harold McNair] got a cheque from Theo but the flute player wanted cash to buy bread. After that meeting with Chris, John returned to Scotland. I wrote him a letter in which I wrote that if he really wanted to make it in the music world he should come back to London. A few weeks later I bumped into him in Oxford Street. He had just signed up with Island Records. After that we lost contact.

Theo was for me a very good guy. He took me on his scooter to Bunjies where he was handling the cellar administration and he took me to different parties. He never asked me for payment for staying in his house. On Sundays he used to get all the Sunday papers and we would sit around the table reading and eating peanuts. I can't remember much about Swedish girls although I know Stan, who was a ski-teacher in Norway, sometimes had a girlfriend.

Theo also introduced me to Sandy Denny on an all-nighter at Les Cousins where she was playing together with Bert Jansch and John Renbourn. Theo must have known Sandy, otherwise he wouldn't introduce me to her. She was on the podium and I was in front so when I shook her hand I almost pulled her over.

What became of him after 1968? The singer Eddi Reader, sometime of Fairground Attraction, recalls him a decade later:

I met Theo in London sometime between 1979-1982. I was fresh out of Irvine-Glasgow-Falkirk and friends with Hamish Imlach, who dossed on the floor of my flat in Brentford Dock when he came to London. Theo was managing friends of mine: Mick Linnard and Dave Hughes. I was immediately part of the group of people who hung around the Half Moon in Putney where Bert Jansch played. He and John [Renbourn], Johnny Silvo etc were headliners but approachable. I was busking and trying to hone my folk chops in the clubs. One floor spot I did attracted Theo and he took me to a Greek restaurant (very large man while I was a starving stick insect). He took me to Bunjies and gave me a record he told me he made with a young Sandy Denny on a stool on the cover. His company was Folkland Records3. He organised paying for me to make a demo – I was very impressed although I thought him a bit scary.

sitenotes:
1 This story is well documented in Hamish Imlach's book Cod Liver Oil And The Orange Juice.
"Theo had a cocktail cabinet, in which was a bottle of Haig's Dimple deluxe whisky, purely for show. One day when skint and bored John and I managed to get the top off this bottle without damaging the seal, emptied the bottle and refilled it with cold tea.
Just weeks later I was booked at a club in the Strawberry Hill Catholic teacher training college in London. Jennifer - late of the Birkenhead panto, came in, along with A.L. Lloyd's daughter. The two of them, glamorous young women, came back to Theo's flat. Theo, in an effort to impress them, while making their gin and tonics reached for the bottle of Dimple Haig and offered it to John and me, saying, 'You're Scotsmen, you'll know what to do with this.'
We said, 'Can't we have gin and tonic? Don't open a special bottle just for us.' Once it was opened, I whispered to John, 'Do you realise we are going to have to finish this before we leave tonight?' The two of us had to sink this full bottle of cold tea and get drunk while Theo and the young ladies got genuinely drunk. Incidents like this make me believe in the possibility of there being a God. I don't think much of His sense of humour."

2 André (Andrew) Ceelen was Dutch born and originally worked in a community centre next to the Teylers Museum in Haarlem. He also loved music and landed a job at Artone Records, also Haarlem, being mainly in charge of the records stock. Late 1965 he was instrumental in bringing the young Paul Simon to the Netherlands. Later on André made contact with Al Stewart in Bunjies and tried to promote him, too. Also he released two Chi Coltrane albums in the Netherlands.
The story quoted here was originally placed by André himself, as an extensive comment on two folk related blogs, one of them operated by Philip Ward.
3 Theo is actuallly credited on several Folkland Records from the late seventies as a producer. The company name echoes the Folkland Productions as mentioned on London Conversation.

| Big Muff
Photographical mystery solved - except for the name of the photographer https://t.co/oSCnGikFSx
2 weeks 2 days ago

| Big Muff
Blast from the past: Guitarist interview from 1985. Ever heard of Scheme? https://t.co/Qg4tDy0zEX
2 weeks 6 days ago

| Big Muff
End of the one man band, with #johnmartyn https://t.co/5gR9OZOsDH
1 month 13 hours ago
END_OF_DOCUMENT_TOKEN_TO_BE_REPLACED