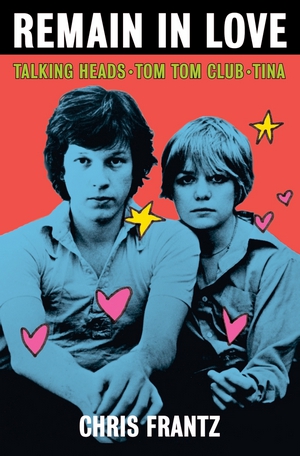 Once in a while, there is trouble in paradise. In 1983 at the Compass Point Christmas party, we were introduced to the British folk artist John Martyn. He was honeymooning with his new wife, Annie Furlong, and he was going to be recording Sapphire, an album with Barry Reynolds producing. Tina and I did not know much about him, but we understood that he was revered by many in the UK. We offered John and Annie a ride back to Tip Top, where they were staying in the apartment below ours. On the short ride home John started getting belligerent and began insulting Tina and me. Evidently, he imagined we were musical know-nothings and was jealous of our success. I tried to ignore him, but he punched me in the back of my head while I was driving. That was the beginning. Annie managed to calm him down a bit and when we got back to Tip Top we all said good night. Annie seemed all right. She was pretty. She had been the manager at Windmill Lane Studio, where U2 recorded most of their music, but something was not right with Martyn. At night we heard him screaming in tongues. We didn't know what to think. The sound traveled up the stairwell to our place. Was it Gaelic? Was it nonsense? Was he having the DTs? Whatever it was, it was a horrifying sound punctuated by cackles of manic laughter.

On New Year's Day, Lee Perry came upstairs to visit us and see baby Robin, who was just one year old. Scratch sat at my drum set with Robin in his lap and played a one-handed drumbeat while scat-singing some happy-sounding lyrics. It was early in the afternoon when John Martyn burst in, shouting at Scratch that it was time to get going or he would miss his plane. Some fool had put John Martyn, of all people, in charge of getting Scratch to the airport on time. Scratch just ignored him. Then John really got crazy and called Scratch "a good-for-nothing, useless old nigger." I asked John very firmly to leave, but he just continued cursing at Scratch. Finally, Scratch got up, said goodbye, and left with John following him down the stairs berating him. He seemed to realize that John was even more crazy than he was.

A few nights later, very late, we heard him screaming bloody murder and saw through his open window, in full view of anyone who walked by, that he was holding his naked wife's head underwater in the kitchen sink while beating her neck and shoulders with his free hand.

We banged on the door with a fish cudgel and John Martyn opened it. By this time, a crowd had gathered to see Annie lying soaking wet, bruised and naked on the floor tiles. We were all sickened. Louise and Tina covered her nakedness and took her upstairs to the safety of our apartment where they took pictures and she slept for the first time in days. She told us he had wanted her to stay awake to watch him "work" and watch him sleep. Rather than calling the Nassau police, who had a brutal reputation, the studio staff took over caring for Martyn. Louise, who was traveling the next day, took Annie back to her family in Ireland at her request. But when Annie's brothers met them at Shannon Airport and Louise tried to explain what had happened, they rudely told her to mind her own business.

Robert Palmer quickly squeezed a few more vocals out of Martyn and he was sent home. Everyone at Compass Point breathed a great sigh of relief. His album was finished without him.

That was a terrible and horrifying time, but it was not at all typical of life at Compass Point. More often life there was relaxed and idyllic.

sitenotes:
This must be the most miserable story about John around. Full credit for Chris Frantz.

| Paul Hillery
@bigmuffsite found this but didn't see it on your concert list https://t.co/NurVAf1AVs
2 months 2 weeks ago
END_OF_DOCUMENT_TOKEN_TO_BE_REPLACED