The partner of the late folk and blues artist John Martyn yesterday collected an OBE on behalf of the musician, who died in January at the age of 60. Teresa Walsh collected the honour from the Prince of Wales at the Buckingham Palace investiture service. 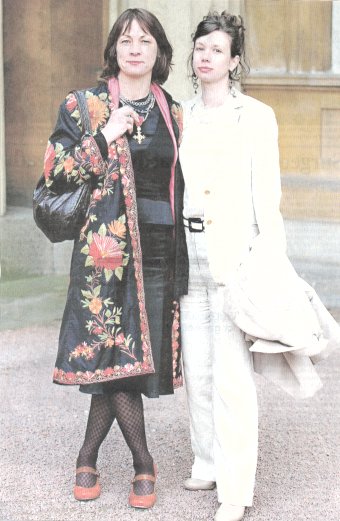 Martyn had been awarded the OBE for services to music in the New Year honours list, announced one month before he passed away. Ms Walsh, who was with Martyn for 10 years, said: "He didn't believe for a while that he had received an OBE. He didn't believe it until he saw it in the papers. But he was thrilled, and was looking forward to coming here to receive it."

She added: "The Prince knew his music and liked him and said he was sorry he was not here to receive it himself."

Martyn was born Iain David McGeachy in Surrey, the son of two opera singers who split up when he was a child. Brought up in Glasgow by his grandmother, he started learning guitar aged 15. His debut album was released in the late 1960s and works such as Solid Air are seen as classics.

Viewed by many as a maverick of the music world, Martyn battled with alcohol and drugs throughout his career. In 2003 he had his right leg amputated after a cyst burst. He continued to perform and treated his subsequent weight gain with his trademark black humour, once describing himself on stage as a "one-legged sumo wrestler".

Martyn once said: "Every record I've made -bad, good, or indifferent- is totally autobiographical. "I can look back when I hear a record and recall exactly what was going on. That's how I write. That's the only way I can write. Some people keep diaries, I make records."

| James Barry
@OneWorldJM Hi, I was sure I remembered seeing JM at the Theatre Royal, Bath but could find no date in the concerts… https://t.co/Vo0ewtPGFj
3 months 20 hours ago

| One World
Small change in name of the website again https://t.co/UVWX5NLsIy
3 months 1 day ago

| One World
Heads up | Summer Gathering https://t.co/oNFUjz01Ha
3 months 4 weeks ago

| One World
Decided to change the name of the website.. https://t.co/wScakX3uX5
4 months 2 weeks ago

| Paul Hillery
@bigmuffsite found this but didn't see it on your concert list https://t.co/NurVAf1AVs
5 months 6 days ago
END_OF_DOCUMENT_TOKEN_TO_BE_REPLACED