The NME Book of Rock 2 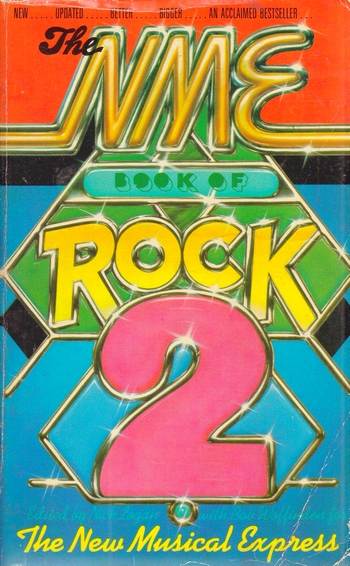 Glasgow-born [sic], Martyn spent later 1960s building reputation on folk-circuit with albums like (1) and (2), before (3), recorded in the U.S. A. with members of The Band, brought him to wider attention. It also featured wife Beverley who appeared with Martyn on (4), before family duties necessitated leaving her husband to continue solo again.

(5) extended jazz-influence implicit in parts of (4), setting style which Martyn has developed closely since. (6) shows pattern emerging, built around repetitive hypnotic melodies and extraordinary use of acoustic guitar through echoplex, which finds total expression on (7).

With partner, bassist Danny Thompson, Martyn continues to gather following (particularly in States), although he's unlikely ever to achieve general popularity, particularly as he rejects all commercial devices in his work. (9) was indicative of his whole approach - a live album, available only on mail order from his home in Sussex. Fact that initial pressing of 10,000 quickly sold out is evidence of his staunch support.

THE
NEW MUSICAL EXPRESS
BOOK OF ROCK
No. 2

The fantastic success of the first edition has encouraged the publishers to make The NME Book of Rock a habit, and one you can still afford. The format and inimitable style remains the same. The content, which originally derived from articles published in The New Musical Express itself and occasioned over 100,000 avid readers demanding covers to preserve the items, is vastly improved. Still maintaining the original aims of the book there is a mass of new material which mirrors the fast changing rock music scene. Research facilities in Britain's Number One Selling Pop Magazine mean that the content is as correct as possible at the time of printing. And the editors and publishers would like to thank the thousands of readers who have proffered their advice.

sitenotes:
This entry appeared on page 322-323. The writer remains anonymous but my guess is contributor Ian MacDonald is the most likely candidate.

| Paul Hillery
@bigmuffsite found this but didn't see it on your concert list https://t.co/NurVAf1AVs
9 months 10 hours ago
END_OF_DOCUMENT_TOKEN_TO_BE_REPLACED