Martyn: Between Head and Heart

MUSICIANS are generally expected to progress, and 'progress' often means change.
The resulting preconceptions as to what a musician should be doing and where that should be leading to is sometimes the very thing that blocks his path. John Martyn, for instance, has for some months been holding the reins of acoustic and electric music. Since the two styles sound so diverse it's a wonder that he has not concentrated entirely on the latter, the newer aspect of his playing.

The answer lies clearly in Martyn's own ambivalence. To put it quite bluntly, he frequently appears to be caught at crossroads, not in the least bit worried about committing himself to one direction at the expense of the others.
"It's like why see Africa when you can see the world," he explained. "I know that I should just carry on doing what I want to do and what I want to do is play the best acoustic and the best electric music I can."

An album, Bless The Weather, has just been released. Due to the budget on which he had to make it the record features him playing acoustic guitar, although electric instruments are played by other musicians notably Richard Thompson (electric guitar) and Tony Reeves (electric bass). It's acoustic flavour is not to say that he despised the record, on the contrary. The electric side of things is to be recorded for an album in January.1 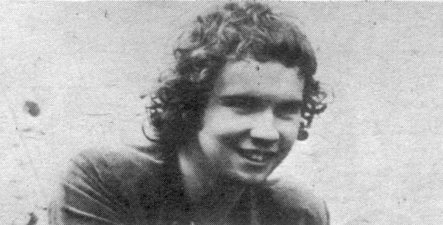 A distinct prejudice in favour of the heart has been evident in his electric reverb material. Obviously it has been the sound, fashioned by his immediate impulses, that has fascinated him. When it came to recording one might imagine that the scales would have to be tipped towards the head some more.
"I don't like tight music," John countered. "I don't like any kind of restraint. I am not against discipline in music. Discipline is alright."
"I think that what's going to happen is that there are going to be basically songs with a lot of looseness behind them."2

He didn't think it was necessary to start recording with some conception of how the electric music was going to progress?
"No, not really. We would all know what we were going to do, what the mood was and what key it was in."

It would be a jam in effect?
"I suppose it is jamming. I just don't like the word.
I would rather have it as just part of the rush. Otherwise it becomes like a monument. It's like your epitaph or something."

As might have been gathered by the occasional "we" in the preceding paragraphs Martyn is hoping to find a bass player and a drummer to work with him on the electric album. The expense of such an outfit would exclude it from large scale gigging. Still he is enthusiastic about such a project.
"The most positive thing in my mind that I want to do is work with other musicians," he revealed. "It's like however much I try, I don't seem to be able to find a lot of spare time. All the time I have is either spent at home with my wife and kids or at gigs and raving about the city."

Bless The Weather benefited from a number of musicians, including John's wife Beverley. It was made in three days, with at least 60 per cent of the material written in the studio according to John. In that situation did he take control and tell the backing musicians what to play?
"The only concrete suggestion I made was to ask Danny Thompson to play bowed bass on 'Bless The Weather' (the title track)." He felt that they were competent enough to work out their own contributions to the music.

"The last album has been the least planned. All the rest, [except] Stormbringer, were a bit thought out. This one felt really natural. It stayed in my head and when I played in the studio it all came out. It was really fresh.
I think that my public statement is made in my music. That's where it's condensed, that's where it's put out."

Since the Martyn's second child, Mhairi, was born nine months ago little has been heard from Beverley. Would Beverley be in more evidence musically in [coming] months?
"I really hope so," John answered. "I think she's going to do a solo album soon."

Were there difficulties in reaching a musical compromise when they worked together?
"Yes, I find it increasingly impossible," John quipped. "There are places that we can be together and we're finding these out by being apart musically speaking. She gets into some of the things I like and I get into some of the things she likes."

sitenotes:
1 This would have to be Solid Air; though recorded almost a year later: November/ December 1972, released February 1973.
2 Inside Out proves that John was actually planning in this period.
The original Melody Maker Christmas issue had John Lennon and Yoko Ono on the cover while recording Happy Xmas and cost 7p.

| Paul Hillery
@bigmuffsite found this but didn't see it on your concert list https://t.co/NurVAf1AVs
4 months 3 weeks ago
END_OF_DOCUMENT_TOKEN_TO_BE_REPLACED