John Martyn - A Walking, Playing Bag Of His Own

JOHN MARTYN - A Walking, Playing Bag Of His Own

- adapted from an interview by Chris Salewicz, New Musical Express, 1977.

"Actually," admits John Martyn, "I see myself as a dignified observer of the music business."

"I feel like a bit of a voyeur sometimes. I just flit in and out. I really don't want much to do with it." 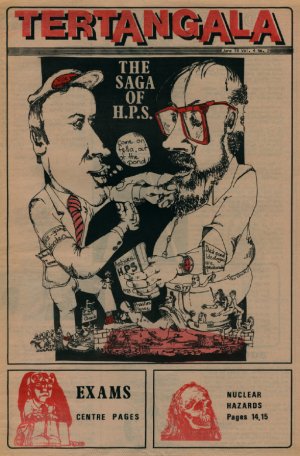 "It's very sad really: I would like to be known for something that was worthwhile. However, my desire to be known in this manner isn't sufficient for me to make a bastard of myself doing it. After all..." - he shakes his head, "People do tend to lose their dignity in the music business."

If you made it past the headline and have read as far as this sentence, it's quite possible you may be thinking of packing up about now. After all, John Martyn is something of a boring old folkie, isn't he? John Martyn's not exactly hea-vee, is he now? Not like the Pistols or Zeppelin...

No, Martyn is a great deal more than just a 'folkie', and his music transcends almost all barriers you might care to erect. Not that John Martyn has anything against folkies. On the contrary, it was in the folk clubs of his nature Glasgow in 1964, under the guidance of his mentor, singer-guitarist Hamish Imlach, that the 16 year old Martyn began working on the unique blend of guitar and vocal style that he has subsequently developed and rarified, and developed and rarified again.

Folk has been just one area of John Martyn's musical life. Certainly his folk days alone can't account for the huge variety of influences in his music, or the wide and expansive mood in his work which osmoses both a steamy sensuality (shades of Tennessee Williams) and, paradoxically, an almost calvinist purity and beauty.

"I'm much more interested," he says, "in the soul and in tone than in agility and precision. Using my voice as tone is important, perhaps more important, than singing. On the guitar I'd rather hear one note played with soul than a whole lot from which I personally can't discern much emotion."

Folk aside, Martyn's early influences include Chuck Berry and the Chess bluesmen, whose work he reverently collected, and to such a peripheral folk aristo as Bob Dylan, and Van Morrison as from listening to his personal guitar hero, Davy Graham.

Martyn was born in 1948 in Scotland1, a Virgo. The Celtic poetic spirit, he admits, has wrought his mark on him: "Much against my will I do think it's important in me. It's unfortunate because I detest racism, and I think nationalism's terribly dangerous. But I'm terribly proud of my heritage, just the dichotomy of the soul."

In 1968, having moved to London to play the English folk circuit, he was the first white man to sign with the fledgling Island Records2, then still based on the profits from the bluebeat label. Indeed, Martyn's sales record should give Island nothing to worry about. Each album he cut, he claims, has sold between thirty and forty thousand copies.

Martyn is a very energetic, warm and likeable person. Unlike many musicians who often display the verbal hesitancy of people more used to communicating with their instruments than with their tongues he is both garrulous and articulate, expressing himself frequently very humorously in complex sentence constructions. He'd probably make a good writer.

About his career, he says it has "always been a series of very happy accidents. I have never premeditated it. Never. Obviously there are days when you wake up and think 'Oh how uninspiring' but other days you think 'It's really not too bad'."

Being a free person, someone who owns himself , has always meant far more to Martyn than the concept of superstardom. He is utterly bemused by musicians for whom financial success is the only criterion.

The reason you haven't heard too much about John Martyn of late is because, in keeping with a philosophical stance that is outside the norm of both that of the music business and that of Western Capitalist society, he took a sabbatical for the whole of 1976. The year off solidified rather than loosened John Martyn's wish to remain outside the music industry as it stands. He also appears to have come to a decision that he perhaps has a certain duty to give his art to as many people as he can.

sitenotes:
1 No. New Malden, Surrey. As we all know.
2 No. Strictly speaking the first white British artist to appear on the label was Wynder K. Frogg, who made an album "Sunshine Superfrog" (ILP 944) mid-1967.

Tertangala was the magazine of the Students' Representative Council of the University of Wollongong. The name Tertangala is said to mean "smoke signals". This piece is only included to document the gigdate and to help memories of people from Australia.