John Martyn At The Quays

John Martyn at The Quays 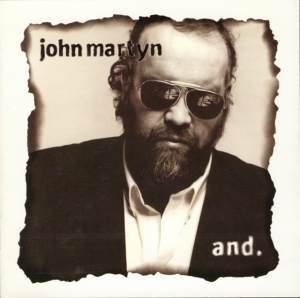 ON APRIL 8 the great John Martyn plays a very special gig al The Quays. Martyn, one of the most gifted and brilliantly original singer/songwriter/musicians in contemporary music, has had an extraordinary career since he first gave notice in the early 70s that he wasn't prepared to be lied down to any particular conception of music by attaching fuzzbox, echoplex and phase-shift to his acoustic guitar. Purists beware!

Listen to Live At Leeds for the early Martyn, and catch And or his latest, the superb collection he calls The Church With One Bell, on which he takes a bunch of songs by other songwriters -including the Rev Gary Davis- and makes them his own. Martyn's eclecticism has shown itself in his recordings with other artists too - with Levon Helm of The Band, Steve Winwood, Phil Collins, Burning Spear and Lee 'Scratch' Perry. Oh, and he worships Coltrane. Not surprising, really.

A determined individualist, who so far from not suffering fools gladly, does not suffer them at all, he seems to thrive on paradox and contradiction. The poet Walt Whitman, who was charged with the same 'faults', has left Martyn a suitable reply to the pigeon-holers: "Do I contradict myself? Very well then, I contradict myself. I am large, I contain multitudes."

sitenote:
This original announcement was published in the Galway Advertiser of 2 April 1998.

| Big Muff
Nice old American article by Rob Patterson from May 1978: His Music Is Borderless. #johnmartyn https://t.co/TAwNJT0qNL
21 hours 47 min ago

| rab zappa
@veniveci @bigmuffsite Times were so much simpler then! He's the 20th century Burns and more.
2 months 1 day ago

| Jacqueline W
@bigmuffsite Also are you aware that Sweet Little Mystery is used in Devs which is on iPlayer at the mo? Episode 7
2 months 2 weeks ago

| Jacqueline W
@bigmuffsite trying to find footage of JM singing with his eyes open! Can you help at all please?
2 months 2 weeks ago

| rab zappa
@JjjVinyl @bigmuffsite oh well I do still have a couple of copies after all..
3 months 3 weeks ago
END_OF_DOCUMENT_TOKEN_TO_BE_REPLACED