Before he passed away this week at the age of 60, the singer and guitarist John Martyn had cheated death many times. A former heroin user and lifelong alcoholic who suffered numerous injuries in falls, he also seemed to treat being shot at, pancreatic failure, and a broken neck sustained when his car collided with a bull as occupational hazards. 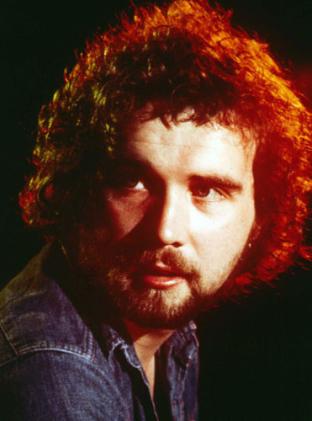 In April 2003, Martyn's morale was further tested when a burst cyst led to septicaemia and the amputation of his right leg below the knee. Typically he soldiered on, playing gigs in a wheelchair, and referencing his injury and subsequent weight gain with black humour. "Does anyone require the services of a one-legged Sumo wrestler?" he enquired at some of his last concerts.

Listening to Martyn's illustrious back catalogue, one hears naivety, drugged-out experimentation, mid-life crisis and some Buddhism-influenced soul-searching. But it is for his 1973 masterpiece Solid Air that he will be remembered most. The influential album's sublime-sounding pastoral folk and jazz won admirers in Paul Weller and Pink Floyd's David Gilmour, not least for its spellbinding title track, which voiced touching concern for Martyn's friend and record label-mate, Nick Drake. A shy and vulnerable individual who was John Martyn's opposite in terms of temperament, Drake, English folk's tragic seer, would pass away 18 months later.

Like him, Martyn had developed a masterful finger-picking technique on acoustic guitar, but the most celebrated aspect of his playing was his pioneering use of the Echoplex echo device, employed to mesmerising effect on his druggiest, most electric-sounding album, 1977's One World. Though scores of musicians, including Eric Clapton, delighted in working with Martyn, his most important musical foil was undoubtedly Pentangle's double-bassist, Danny Thompson. As 1975's Live At Leeds testifies, near telepathic interplay informed the pair's musical unions even when both players were roaring drunk.

Martyn was born Iain David McGeachy in New Malden, Surrey in 1948, but grew up in the Queen's Park district of Glasgow. His parents, both light-opera singers, divorced when he was five, and he was brought up by his father, Tommy, and paternal grandmother, Janet. The household was a cultured and reasonably affluent one, and Martyn's boyhood interests included ornithology and the paintings of the French Impressionists. But his parents' divorce, cited by his biographer John Neil Munro as the source of "a deep dark hurt", had a lasting effect on him.

Following his hero, the folk-guitar virtuoso Davey Graham, to London (Graham died in December 2008), the aspiring singer-songwriter left Shawlands Academy with decent qualifications but occasionally slept rough in Trafalgar Square while honing his live act on Soho's folk-cellar circuit. He signed to Island Records in 1967 aged 19 and would enjoy a long tenure at Chris Blackwell's exemplary imprint, his uncompromising, shape-shifting music taking in folk, jazz, funk, dub and more.

In April 1969, Martyn married Beverley Kutner, a fellow folk singer who had already appeared at the Monterey pop festival. They made the 1970 album Stormbringer together at the suggestion of the record producer Joe Boyd. The newly-weds and Wesley, Beverley's son from a previous relationship, relocated to Woodstock, New York State, for its recording.

A second album by the Martyns, The Road To Ruin, followed that same year, but like its predecessor it wasn't well received. When John Martyn re-emerged, it was with his solo album Bless The Weather. Containing one of his most beautiful love songs, Head And Heart, the album could be read as a celebration of the Martyns' new life by the seaside in Hastings, and the birth of their daughter Mhairi. But the darker truth was that John had already been physically and verbally abusive to Beverley, blackening her eye on one occasion.

The couple had a second son, Spenser, in 1975, but by 1980 they were divorced and Beverley had custody of their children. John married again in 1983, this time to Annie Furlong, a fellow alcoholic and the manager of a recording studio in Ireland. When Furlong passed away in 1996, long after they had separated, Martyn was also grieving for his oldest friend, the musician Hamish Imlach. These and other accumulated hurts might help explain –though not excuse– the ugly bouts of drunken machismo that periodically blotted Martyn's copybook.

He had documented his messy break-up with Beverley on his 1980 album, Grace & Danger, a record whose emotional candour unnerved Island's Chris Blackwell so much that he delayed its release for a year. Martyn had employed his friend Phil Collins, also undergoing a break-up at the time, as producer, but while Collins's divorce record Face Value went on to sell 10 million copies, Martyn's Grace & Danger was another critically-acclaimed but under-performing work.

Martyn once said that had he drank coffee all his life he might have become a superstar, but his eclecticism, stubbornness and refusal to play by the rules must also be factored in when attempting to explain his lack of mainstream success. More taken with innovation than writing hit singles, he was forever indulging whims and proclivities while striking odd deals. In 1998, when he was 'rediscovered' by Independiente Records, he agreed to record an album of cover versions including Portishead's Glory Box on the condition that the label buy him a disused Scottish kirk he had his eye on. Independiente agreed, and soon came The Church With One Bell.

Martyn made a great curry (he cooked me one once when I interviewed him). He could be tender and poetic or aggressive and intimidating, and even while stoned or drunk he was an eloquent, informative speaker and a hugely expressive musician and singer. One of his party pieces was to segue between broad Cockney and broad Glaswegian in the course of one sentence.

The last time I met him was in 2004 when I travelled to Thomastown, Co. Kilkenny to interview him for this newspaper. He seemed calmer and more contemplative, and he was living in a bric-a-brac festooned cottage with his partner Teresa, whom he met in Dublin in 1998. We'd ostensibly met to talk about his 22nd studio album, On The Cobbles, but Martyn only agreed to do so on condition that I first listen to him perform four brand new songs. I'll never forget him coaxing beautiful phrases from his Gibson SG, his prosthetic foot stretched out before him and curlicues of marijuana smoke twirling around his head.

When talk eventually turned to On The Cobbles, I singled out My Creator, a balm for the senses wherein Martyn's rich, gravelly voice soars alongside tenor and soprano saxophones. The song seemed to reflect Martyn's growing awareness of his own mortality and prompted questions about whether there actually was a God.

"I can't not believe in a creator," Martyn told me, his Jack Russell terrier, Gizmo, now asleep on his lap. "The birds sing too beautifully and the trout are too speckled."

In February last year Martyn received the lifetime achievement award at the BBC Radio 2 Folk Awards –presented to him by Phil Collins– and at the ceremony he performed Over The Hill and May You Never, accompanied by the former Led Zeppelin bassist John Paul Jones on mandolin. To mark his 60th birthday, Island released a 4-CD set, Ain't No Saint, and he was appointed an OBE in the 2009 New Year Honours List.

| Paul Hillery
@bigmuffsite found this but didn't see it on your concert list https://t.co/NurVAf1AVs
10 months 2 weeks ago
END_OF_DOCUMENT_TOKEN_TO_BE_REPLACED