British musician John Martyn has died aged 60. Our writer recalls a prickly encounter and examines his legend and his legacy.

Singer and guitarist John Martyn had a reputation that always preceded him. A rebel in all senses, he railed against every musical cliché and genre straitjacket they tried to pin on him – annihilating the genre barriers between folk, blues, jazz, rock and avant-garde as he bullishly rejected attempts to tame him and mould him into a sellable product. 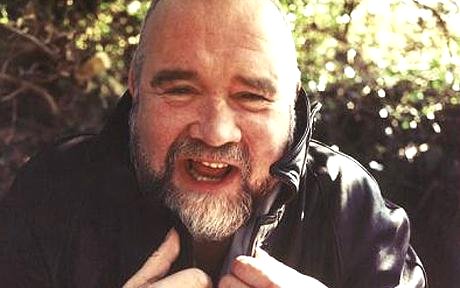 The trappings of fame and celebrity held no interest for him, which is why one of the greatest, most exhilarating and innovative British albums of the past 50 years - 1973’s Solid Air - remains largely unrecognised by the general public. Martyn not only refused to play the music business game, he took great delight in giving the industry a bloody nose whenever he could. The same bohemian sense of daring which made his music so thrilling also made him one of rock music’s most notoriously problematic characters. He didn’t suffer fools gladly and liked journalists even less.

Tales of his drunken rants and ornery behaviour were legendary. Whenever his name was mentioned as a possible interviewee at music-press editorial meetings there would be a dash for the exit. As a callow young recruit on Melody Maker in the early-1970s I was the lamb sent to the slaughter around the time of the release of Outside In, his free-form follow-up to the relatively melodic, folk-jazz fusion Solid Air.

We met at the offices of Island Records in West London – I in fear and trepidation and he bored and truculent, clearly at loggerheads with a label seemingly unenamoured of his stridently anti-commercial new direction. Solid Air included the classic love song May You Never (covered by Eric Clapton) and Island was anticipating more of the same. But what they got was a furious burst of modern jazz improvisation, electronic experiments and slurry vocals.

Time has come to view Inside Out more sympathetically, but back then it got a pasting from the critics. Martyn made no attempt to disguise the fact that he regarded me as the enemy. He mumbled flippantly when asked to explain why his music had changed so radically. This, he said, was where his head was at right now. His heroes were jazz musicians and he had no interest in his previous work, positively wincing when reminded of his own early days on the folk scene.

Yet when I got up to leave he shook my hand, smiled warmly and thanked me for my time. It was a surreal moment that left me thinking well of him. I last saw Martyn a year ago, a huge figure in his wheelchair receiving a lifetime achievement gong from Phil Collins at the BBC Folk Awards. He played May You Never that night with Led Zeppelin’s John Paul Jones and the beauty of the song lit the place up. The backstage gossip was that he was as cantankerous as ever. Would we have wanted him any other way?

| Paul Hillery
@bigmuffsite found this but didn't see it on your concert list https://t.co/NurVAf1AVs
10 months 2 weeks ago
END_OF_DOCUMENT_TOKEN_TO_BE_REPLACED