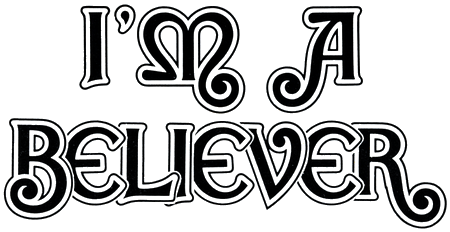 The MM series in which musicians talk about the artists they love and why. This week: JOHN MARTYN

DAVY GRAHAM, right the way through has been a great influence. This would be from about 1967. There was an album, Folk, Blues And Beyond, that he did, it was on Decca. That was the guv'nor album. I used to know the catalogue number of that record.1 It's a beautiful album. That's the one with Ballad Of The Sad Young Men. 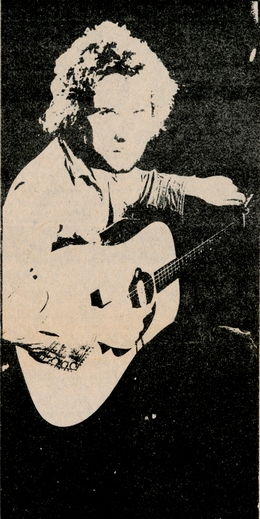 There was one album he did which I didn't particularly like, with Shirley or Dolly Collins.2 Somebody like that, and it didn't really work. But his guitar playing, especially on Folk, Blues And Beyond was just so good.

He was an influence on The Tumbler, and even now, although I don't listen to his stuff anymore, the memories are still very strong. He was one of the only people I really dug at that time, there were very few others I actually liked. It was mostly old blues records and things that I listened to.

But, Davy Graham, I thought was the best guitarist I'd ever heard. It's as simple as that, really. Technically, he was brilliant. And technique is, of course, important. But above all, he was a very emotional player. And that's what I really listen for in a musician. I'm much more interested in the soul of a person than I am in his technique.

That's the thing about a lot of folk music. So much folk music is very primitive, very basic, but it has this feeling. And it's a feeling for the soul of the music. I was influenced by a lot of traditional Scottish music.

A guy called Les Brown especially, taught me a lot and really helped me. And it's really weird, you know, because he's now performing a lot of my songs.

Hamish Imlach was another influence. He's a very great friend of mine, and was instrumental in getting me started. He's a lovely cat, a very generous man. Archie Fisher was another Scottish musician who was an influence. He first turned me on to Indian music.

Archie was the first cat I knew who had a sitar. Davy Graham was interested in Oriental music, but was really more into Moroccan music. Archie, though was into Indian ragas, the whole thing, far more than anyone else I knew.

I used to listen to Davy very early on, but the first people that I heard later, and actually got a buzz off, must have been The Band.

I met Levon Helm when I was in America, and he played on my album, Stormbringer. I got into them after that and got their records. I didn't know much about them before I went to America. I was introduced to Levon by the producer of Stormbringer, Joe Boyd.

They turned me on to the electric guitar: It was immediately after Stormbringer that I became interested in the concept of the electric guitar. I don't know to what extent you could say they actually influenced me. I always equate influences with people that I like, and in that I liked them I suppose they influenced me. But it was only in a small way, for a short time. I don't think you could say they are an influence on me now.

Quite seriously, when it comes to it, I like all music. Latin music, bossa nova. I like it all. And it's very difficult to pin it down to any one particular person.

I've really not heard Tim Buckley at all. It's strange, because a lot of people have told me that I'm supposed to resemble him. And it's ridiculous because I've really not heard any of his albums. But I'd love to meet him, just on the strength of what I've been told about him. Danny Thompson (Martyn's bass player) worked with him some years back. And Danny said that he really got off on Buckley's music. But in all honesty, I've never heard him. It's just that I've never come across him.

But anyway, Davy Graham was the main influence, and Weather Report, I think, will be the one.

They are, at the moment the guv'nor band, there's no doubt about that. They're very modal in their approach, and Zawinul is a modal writer. And that's something I can trace back to a lot of traditional music.

As far as my own playing is concerned I don't listen to any other guitarists. There aren't any electric guitarists who've been very influential on the way I play.

B.B. King I've heard, of course, and I like him. The same goes for Freddie King. But I don't listen to any of the more recent guitarists. Or what happens is that I'll listen to one track of an album, or maybe two, and then I'll think 'Well, that's not too good', and then I'll forget all about it. And that's not too difficult to do with most people today. I don't have too high an opinion of most of the music that's around at the moment.

But the things that I am into do knock me out, man. I get into some things, probably to the exclusion of a lot of other things. It's very hard to describe the things I do like. Because I'm just not that straight at the moment.

In fact, I think it would be fair to describe me as being out of my brain,

so there's no way that you're gonna get a straight quote out of me. The only thing I want to say is that I was into Davy Graham and I'm now into Weather Report... and like the people I like and hate the rest.

| Paul Hillery
@bigmuffsite found this but didn't see it on your concert list https://t.co/NurVAf1AVs
10 months 2 weeks ago
END_OF_DOCUMENT_TOKEN_TO_BE_REPLACED