A Home Base For John Martyn, The Wandering Minstrel

A home base for John Martyn, the wandering minstrel 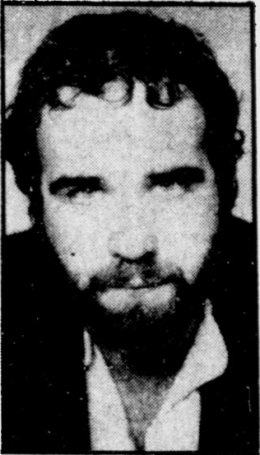 IF THE publicity machine has not yet made him a Rod Stewart or a Gerry Rafferty, then a loyal following around the world has certainly made a cult figure of John Martyn.

John who? It is still a fair question in his own native city of Glasgow, where the former Shawlands Academy boy is perhaps less of a name than he is in London, Vienna or New York.

When this modern minstrel strums his guitar, the faithful flock in their thousands to hear him build up layer upon layer of distinctive, haunting music.

When he decided to give two concerts in London recently they were clamouring for the 7500 available tickets.1

Even in Glasgow there will not be a seat left by the time he takes the stage of the Pavilion Theatre on Monday night.2

The prophet's honour may have been slow to find shape at home but that did not prevent his 11 albums from selling in figures of around 100.000 elsewhere and making him a substantial amount of money.

Complete with galluses ("It's the best way to keep your trousers up") and the rebel earrings, John Martyn was in relaxed mood as we sat down to survey his career since those early days when he was gladly picking up £6 and a drink for an appearance in a London pub.

He had gone south in the hey-day of Flower Power, all beads and bangles, love and peace, music and marijuana, far away from the original plan of becoming a doctor.
In the waywardness of the time he did have the advantage of a musical talent which brought openings in the clubs, pubs and recording studios of the south and dates at the BBC.

Now, at the age of 32, he has returned to live in Scotland, having had enough of big hotels and superficial attitudes and finding fresh comfort in the people of Scotland and their pace of life.

I would call Martyn an alert, intelligent, eloquent man with a ready sense of humour. He would call himself "a boring old Hippy whose kaftan is currently in the pawn-shop! I was part of that Flower Power syndrome of the sixties which is now regarded as passé. It was all in favour of peace and against violence but it was debased and exploited as these things are."

"Sure, there was marijuana -I have used it myself and found it non-violent- but then Scotland has alcoholism."

(Hereabouts I shuffled my lager aside and noted that he was drinking a Cola.)

"In the beginning I used to talk to my audience and thought it was the patter that brought success. Now I don't talk, just play, and they still come. I suppose my audience has more or less grown up with me, so I can go almost anywhere and pull in a crowd. I haven't tried the Albert Hall yet but they tell me the sound there is rotten."

John Martyn pays the highest tribute to his early mentor, Scotland's Hamish Imlach, and is appreciative of his accompanying band of handpicked musicians, including Alan Thomson from Newton Mearns on bass, Max Middleton on keyboards, Danny Cummings on percussion, and Geoffrey Allen on drums.

But he is little short of appalled at the current state of popular music.
"I really think it is in a terrible state, managing to drag itself up just a little from where it was three years ago. No. 1 records are selling 80.000 copies as against 250.000 a few years ago, which is a fair indication of how things are."

"Very little of punk impressed me, though I did like the Sex Pistols. But, in retrospect, it was just another bit of manipulation by a section of the industry, which has to be constantly updating."

"They are, in fact, recycling Rock 'n' Roll and sticking on new labels. The guitar has fallen slightly from fashion, with synthesiser being used, but bands are calling themselves names like 'Romantics' without worrying about whether they are good or bad."

"I love music -yes, I suppose I am a purist- and dislike its prostitution. The point is that there is room for everything in music."

sitenote:
This article was published in the Glasgow Herald of Thursday 17 December 1981 (page 4, Arts section).

| Big Muff
@pggriff I noticed also translucent green and blue pressings are in circulation. The waiting is for a picture disk :o)
3 days 2 min ago