Chapter 22 of the 300 page Free biography tells some nice things about John in relation to the late Paul Kossoff. 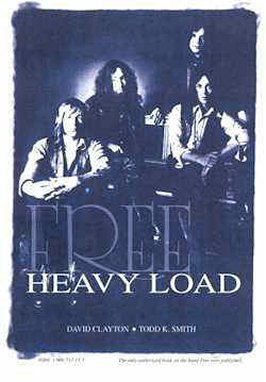 The Band Plays On

"A very difficult character to deal with. And very, very sweet - very pleasant, very witty and very bright. But a highly volatile character. And very, very shy... and it seemed so sad."
John Martyn on Paul Kossoff

[...]
[Manager Johnny Glover was trying to get Kossoff out of a serious drug problem:]
Glover arranged to have Paul join another of his managerial clients, John Martyn on his February 1975 Sunday's Child tour. Martyn was trying to move away from the 'folkie' tag he'd been given by critics and had already been experimenting with various styles and sounds. Glover thought that linking the two performers might raise Martyn's profile while at the same time getting Kossoff out of his rut and back on the stage. There would be no pressure for Kossoff, his name would not be advertised and his set would be limited. Martyn was more than happy to oblige and so it was decided that Kossoff would join Martyn, Danny Thompson (double bass) and John Stevens (drums) on their jaunt around the UK. Paul would join the band for an extended encore, usually around three numbers.

The first gig drew unexpected cheers from the Bristol university crowd. It had been almost 18 months since Kossoff was last seen on stage and the rumour mill soon ensured that Martyn's gigs were packed with Kossoff fans. Johnny Glover knew Kossoff had to be watched on the road. "I didn't completely trust him," Glover readily admits. "I thought the only way to cope on the road was to have a tour manager live with him, share a room with him. After the Leeds gig, we were staying at a hotel when, in the middle of the night, he got out and went to the hospital. He convinced the guy there he needed Valium for a nervous condition. He got the prescription and came back to the hotel. They drove off the next morning, him and the tour manager. I get a call from Leicester Forest service station: 'We've lost Kossoff, he's dropped a whole lot of pills and disappeared.' I think the police picked him up, and the following day he was fine. His recovery rate was extraordinary."

Each day turned into an adventure, with Kossoff constantly on the prowl for a fix. John Martyn recalls, "We took him out and had to shake him down every couple of days, and half the gigs he made and half the gigs he didn't. When he didn't make them it was because he was out of the game. What really pissed me off was that with good medical attention he really could have been alright. There is no question of that in my mind."

"He could go down to a hospital at 6 o'clock in the morning and hustle pills out of anybody, and he used to do that all the fucking time. He was determined to get hold of the shit. I used to stay up until about seven in the morning just talking to him and eventually I'd crash out because I'd be knackered. I'd wake up about half past nine and there'd be no Koss... and you'd know that the next time you saw him five hours later, he'd be loaded. I used to lock him in rooms, seriously and physically me and Danny would turn him upside down and empty his pockets out! We used to have terrible fights. He'd bite your ankles and fucking attack you and kick yer nuts in. He was a terrible man when he was like that. I really liked him, but what can you do with someone like that."

As with Free, the shows Kossoff did with Martyn were up and down, but Martyn continually encouraged the guitarist in the hope of bolstering his confidence. The audiences openly welcomed him back and there were genuine good feelings towards him. NME featured a picture of Kossoff and Martyn from the Victoria Palace 2 February 1975 in its 'Teasers' section and noted it as the 'Nice event of the month.' Under the photo it read: "After months of bad problems including court busts Paul was seen onstage looking fit and well and playing nicely."

The whole experience of playing with Kossoff caused Martyn to reflect back on their first meeting, the first time he saw Free. "I first met them in Scandinavia," he recalls. "We did a night in Turku, a night in Gothenburg the following evening and then Stockholm. They just seemed like ordinary people. Paul Kossoff was well out of it at the airport but they managed to do the gigs with no trouble at all. There was a lot of violence in Stockholm. Paul Rodgers threw the mic stand into the audience and accidentally hit his roadie. And they had a fight... it was very strange. A very strange time. But I kind of liked them from then on because I liked their music. I actually bought All Right Now."

For a while Kossoff moved out to Hastings and stayed with Martyn and his then wife Beverley. "He was trying to keep dry," says Martyn, who was fully aware of the problems the guitarist was having. "He was doing a fairly good job. He was just drinking a bit. I wasn't allowing him out and we didn't allow him access to any shit at all, except drink. So he'd have two or three brandies in the afternoon and he'd be alright until the evening, then he'd go out and drink till he got to the point where he could sleep because he found it difficult to sleep without the drugs."

David Kossoff [then] decided to move his youngest son to a house in Berkshire near Reading far away from the Notting Hill area. [...]

| rab zappa
@JjjVinyl @bigmuffsite oh well I do still have a couple of copies after all..
5 days 19 hours ago

| Elliott Franks
John Martyn live at The Anvil in Basingstoke on the 27th April 2004 mad to think this was 16 years ago… https://t.co/fmbKEx3uCY
1 week 4 days ago