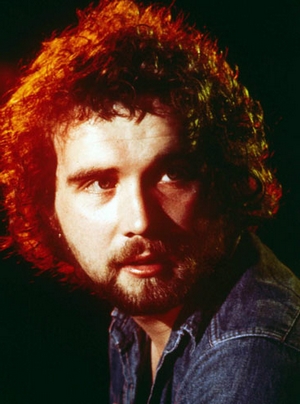 SCOTS singer-songwriter John Martyn has been making music since he was 17 and has recorded a series of critically acclaimed albums.

But only now has he released what he considers to be his most commercial work – an album called Well Kept Secret.

For that record he returned to the sounds he listened to when he was a youngster in Glasgow.
"I wanted the music to have a sixties feel," said John, 33, who lives in a quiet Lanarkshire village. "When I wrote the songs, I'd been listening to a lot of old Otis Redding and Tamla Motown material."

Despite his sharp sense of humour, John talks very seriously about his music. Understandably so, because he has always put so much of himself into the recordings.

A couple of years ago, when his marriage was breaking up, he even poured out his feelings about that trauma on an album called Grace And Danger.
"Putting all that emotion on a record was a very therapeutic experience," said John.

John has almost totally recovered from a recent accident that nearly cost his life.
He had been for an early morning swim in a burn near his home and decided to vault a fence on his way home.
"I fell on to the fence posts and broke some ribs and punctured my lung," said John.

Next month John embarks on a 33 date tour of Britain. The Scots dates are Dundee on September 24, and then, on the following nights, Aberdeen, Inverness, Glasgow, Stirling and Edinburgh.

sitenotes:
This story was published in the Daily Record of Friday, August 27 1982 on page 34. The picture was taken by Brian Cooke in 1973 but strangely enough they mirrored it here.
The Daily Record is a Glasgow based Scottish tabloid newspaper closely connected to the Sunday Mail and the Daily Mirror.
Material kindly provided by John Neil Munro.
Related to:
Well Kept Secret

| Big Muff
@pggriff I noticed also translucent green and blue pressings are in circulation. The waiting is for a picture disk :o)
3 days 51 min ago