British songwriter, singer and guitarist John Martyn, whose gravel voice and innovative fusion of folk, blues, jazz and funk made him one of the most influential musical artists of his generation, died today in a hospital in Ireland. He was 60. 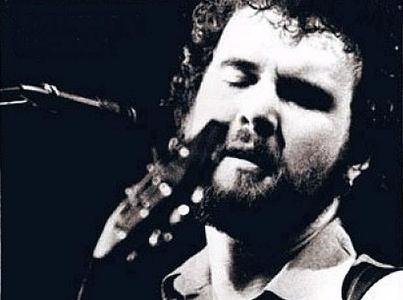 Martyn's web site posted the statement: "With heavy heart and unbearable sense of loss we must announce that John died this morning."

Some unconfirmed reports give pneumonia as the cause of death.

Born Iain David McGeachy in New Malden, Surrey, Martyn lived in Scotland for most of his life and often affected a rich, impenetrable brogue. He released 20 studio albums over a 40-year career and worked with many more high-profile pop and rock artists, including Eric Clapton, David Gilmour and Phil Collins.

He moved to Glasgow after the divorce of his parents, both light opera singers, but it was in London's burgeoning Soho folk club scene in the late 1960s where Martyn made an indelible impression while still in his teens, sharing stages with British folk stars Ralph McTell, Bert Jansch and fusionist Davy Graham, whose eclectic style he strove to emulate.

In 1968 he was signed to Chris Blackwell's Island Records. Martyn's 1973 breakthrough came with Solid Air, one of the defining recordings of the British folk revival and a tribute to friend and protégé, composer/guitarist Nick Drake, who died from a drug overdose the following year.

Martyn's intensely autobiographical lyrics revealed a life of heartache and struggle with alcohol and drugs. The break-up of his marriage to gifted British singer-songwriter Beverley Kutner - the duo was briefly taken under the wing of famed American folk music producer Joe Boyd, and lived for a while in Woodstock, N.Y. - was chronicled in the 1980 album Grace & Danger, a landmark effort in which the singer's voice took on the tone and timbre of an alto sax.

After his right leg was amputated in 2004 - the result of a burst cyst in his knee - Martyn continued to write and record, and performed in a wheelchair. A grizzled demeanour and weighty presence in recent years could not conceal his hearty nature and passion for music.

His experiments with sophisticated sound processors and other guitar gizmos is said to have influenced countless contemporary artists, including U2 and Portishead.

Martyn was awarded the lifetime achievement award at the BBC Radio 2 Folk Awards last year and was appointed an OBE in the New Year Honours.

His second wife, Annie, predeceased him. Martyn is survived by his companion, Theresa, and by the daughter of his first marriage.

"In twenty five years touring the world I've never played in a venue with an atmosphere like the Roisin Dubh." (Quoted in Galway Advertiser, 05 Sep 1996)

| Paul Hillery
@bigmuffsite found this but didn't see it on your concert list https://t.co/NurVAf1AVs
10 months 3 weeks ago
END_OF_DOCUMENT_TOKEN_TO_BE_REPLACED