All Hail John Martyn! By The Verve's Nick McCabe 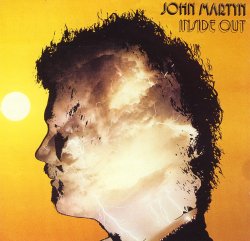 "I was responsible for three days of John Martyn's misery," rues Verve guitarist in this exclusive interview with MOJO's Danny Eccleston

You worked with John Martyn on the On The Cobbles album [McCabe played on Walking Home], which was released in 2004. Was he still bi-pedal?
Yes, but not in great shape. I wasn't sure I wanted to do it at first -he was such a hero that I felt intimidated- but my partner said to me, 'You'll kick yourself if you don't.'

There did seem to be a constant traffic of people collaborating with him around that time. And I felt a bit like one of a series of pests. Although he was completely welcoming I got the impression that my presence was a record company motivated thing. There you go, I was responsible for three days of John Martyn's misery (laughs).

When did you first encounter his music?
That would have been through my brother. I'd have been about 12. My brother had all these tapes: Solid Air and One World and also Piece By Piece. I remember going to see my brother and hearing that really open-ended music drifting across a bedsit in Haydock. It was transporting music.

The soundscape aspect was the thing that did it for me, the textural work and his use of effects. A lot of guitarists talk about their "craft" and it's all about the guitar really -there's a lot of blinkerage involved- whereas John Martyn's sights were further flung and he talked about imitating the saxophone. He was a Debussy fan as well, and when I discovered that it made a lot of sense to me.

At root you've got this earthy, basically folk guitar that's in tune with his Scottish background, combined with this feeling that anything goes. He liked dub-reggae. Combining that with guitar, he could easily have ended up with some nasty, skanky sort of hybrid (laughs) but the man had taste.

Even when he was doing the soft-rock thing I liked a lot of it. Sapphire is a great record, Grace And Danger obviously. And again those show his taste and soul, which always shines through.

What are your favourite John Martyn songs?
Pretty much all of Inside Out is the essential John Martyn for me. The balance is just right; he can maintain control and also lose control within the space of a conventional song.

He's one of those musicians who invite you on a journey. You're not sure what the destination is and neither is he...
I totally agree. If you look at the earlier records with Beverley, it's kind of a fossilised version of what he did live. Later on I think he intentionally upset that process.

The story about Sunday's Child [1975] -according to Danny Thompson- is that they wrote and recorded it live, in the studio in 3 days. That wilful kind of 'avoiding structure' is what makes the listening experience. Knowing that things can take a left turn at any moment makes you listen to it more keenly. For me that open-endedness makes for better music. I realise that it stretches other peoples' patience!

I always thought you were influenced by John Martyn's attitude as much as his texturing. Whenever I would see The Verve back in the day you seemed almost happier if something went against the plan. There was a commitment to the moment...
I suppose people want different things out of music don't they? Some people want a replica of something that they already like... Other people want to explore. And accidents are a good vehicle for exploration; you can see why John Martyn was drawn to Lee "Scratch" Perry in that respect, because with Perry anything goes.

What will you miss most about John Martyn?
There are lots of regrets. I'll forever regret insisting that he played The Verve's Haigh Hall gig [1998] because he got such a vile reception. What I'd like to hear is his archive, all the stuff he played to Gary Pollitt and me at those On The Cobbles sessions...

It would've been nice to see what he came up with next. But we'll never know. It's hard to say if he was going to carry on anyway, as he seemed f***ed off with the business. He came across as completely charming but I don't think he was treated right. He wasn't afforded the kudos in his lifetime.

When I met him the music industry was getting him down. He seemed happier to me when he was dreaming up food. In the kitchen he was as reckless and impressionistic as his music. He'd be chucking a bit of this and a bit of that in, and in an hour's time you'd have this amazing meal. I had some brilliant meals with him.

This story was originally published on the Mojo music blog www.mojo4music.com

| Paul Hillery
@bigmuffsite found this but didn't see it on your concert list https://t.co/NurVAf1AVs
10 months 2 weeks ago
END_OF_DOCUMENT_TOKEN_TO_BE_REPLACED