I started developing this site autumn 1998 to promote John Martyn's work and document his career. It started off using pure html pages but as the site grew the need for a database driven CMS became apparent. After long deliberation and toying with WordPress I switched to Drupal and have never regretted the move. 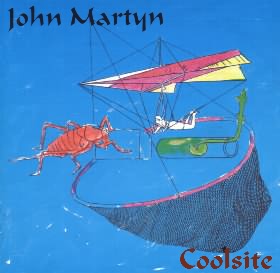 This John Martyn site -the oldest and the largest one on the internet- is created for the fans who want to know everything about John's music exactly. The information presented here is the best available to my knowledge. You can consider this to be my mission statement.

This website is independent and not connected to any company or organisation. The presented info is free for non-commercial use. Main issue is the discography; the site more or less has been built around the records. Here you can find all versions of all songs John ever recorded.

Another large section are the magazine articles and interviews. I try to recreate the original reader experience even though Google does not like markup code being used in content.

The most silly project is a comprehensive gig list. Line by line, it has grown into a useful research tool. New dates are being found still.

Multimedia are presented in rather low bandwith because the aim is to give you an impression of John's music, not to stop you from buying his records...

I have used the English language for obvious reasons but I am not a native speaker. So there will be misspellings and oddities, for which I apologize. I think the English call it 'Eurospeak'.

The items presented here are typically listed in reverse chronological order so you can read backwards in history.
Navigation is possible by just browsing. You can also choose a list.
An interesting option is to browse the categories displayed above individual items.
Alternatively you can do a site search for specific terms.

The search box provides you with a powerful instrument to find a certain song or interview quote. ("I seem to remember John saying something about 'Moscow'.) Remember that search results get better if you make a distinction between separate words or phrases. The latter are produced more accurately when you put them between double quotation marks.

Available here are the lyrics to all John Martyn songs. Keep in mind though that John himself doesn't consider them as poetry. In 1992, he told the Chicago Sun-Times: 'I've always looked at lyric as a gate to the vocals.' And: 'It's all music. Harmony and music is more interesting to me than lyric. If I wanted to get lyrical, I would go off and read Yeats.'
The lyrics have been written by listening to the records carefully. So if you find any misunderstandings, please let me know. Send me one line...

This site would not have been possible without the help of many John Martyn fans. Special credits are for (in alphabetical order) Ian Barnett, Lee Barry, Rob Caldwell, Pete Grant, John Hillarby, Pete Pawlicki, Jos van Oost and of course Kees van der Lely, who broke the ground on the internet with the John Martyn Connection.

What should you do when your partner catches you behind the computer, getting lost in these pages again? You could argue that One World is totally compliant with both the internet and John's music. Because

Good chance the other half will recognize at least some of the motives from everyday life...

Major version upgrades occurred May 2007 (D5), November 2008 (D6) and January 2013 (D7).
All these sites used a loosely adapted version of the Aberdeen theme.
A new responsive Zen subtheme, Lilo Blondino, was custom made in May 2014.

| One World
Heads up | Summer Gathering https://t.co/oNFUjz01Ha
7 months 1 week ago

| One World
Decided to change the name of the website.. https://t.co/wScakX3uX5
8 months 4 days ago

| Paul Hillery
@bigmuffsite found this but didn't see it on your concert list https://t.co/NurVAf1AVs
8 months 2 weeks ago
END_OF_DOCUMENT_TOKEN_TO_BE_REPLACED