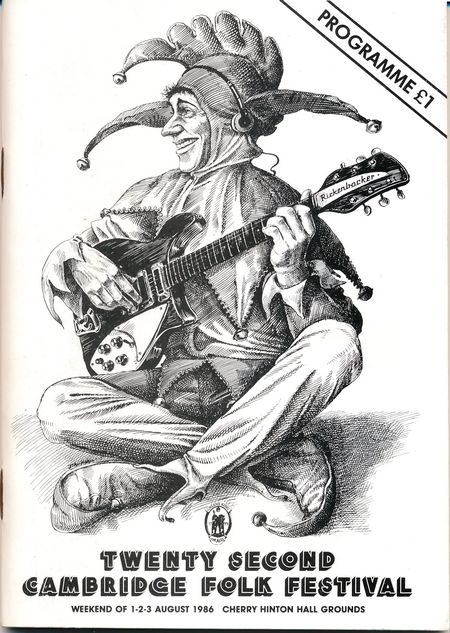 Last year we had our 21st anniversary and now the Cambridge Folk Festival is heading for its quarter century. I have been associated with it as organiser for the Cambridge City Council for every one of those years - you could say that the Festival and I have, like good wine and good brandy, matured together.

For the last two or three years it has been rumoured that I am retiring from my job as Festival organiser. This is now in part true as I am, after the Festival this year, to become the manager of the redeveloped Cambridge Corn Exchange, a 1,450 seater concert/ conference venue.

Therefore, other names new to friends who have been either coming to or have been associated with the Festival for years, will be taking a leading part in its future organisation. However, neither my wife Joan or myself can imagine a year when we would not be in some way involved in the Festival, helping and consulting with those who will wish to keep the Cambridge Folk Festival of the same quality and atmosphere as it has been over the past years. The Festival has been such a great part of our lives that when other people's seasons are spring, summer, autumn and winter, ours are: booking the equipment, contracting the artistes, advertising the Festival, and running it is our summer day!

The Amenities and Recreation Committee of the Cambridge City Council are very anxious that this event which they have promoted for so long should keep its friends and its reputation and will do all in its power to ensure its continued success. I, for my part, will, as long as I am able, be around to help and have my name associated with it, even if in the end they have to rename me Rip Van Woollard!

Due to unforeseen circumstances, Redgum are unable to appear at this year's Festival, and we apologise for any disappointment this may cause. However, we have replaced Redgum with a rare reunion appearance of John Martyn with Danny Thompson - see centre pages for performance times.

The Cambridge City Council gratefully acknowledges the support of our sponsors, Greene King, for their assistance to the Folk Festival.


Would all those camping in the residential area please keep noise to a minimum especially after midnight.

Important - Video, audio or photographic equipment must not be taken into the performing areas.

This programme may be subject to slight alteration.

The bars will close at midnight.

Inside Main Stage One

Inside Main Stage One

In the interest of all patrons it is obviously advisable to pre-arrange emergency procedures. Would you please, therefore, co-operate in the following way.
Should any emergencies occur they will be broadcast on all stages and over a separate system in the bars.

Will all persons at the edge of the crowds move quickly as far away from the marquees as possible, allowing the audience inside to move through the rear and side exits into the open area surrounding.

Any emergency should be reported immediately to the Courtesy Caravan (shown on the site plan in this programme) where telephone and radio communications are in contact with all areas.

The organisers would be obliged if Festival goers could keep noise to a minimum after midnight, particularly in the areas adjacent to local residents. The future of the Festival may depend on your co-operation.

There will be no admittance without tickets and these must be worn at all times. Tickets are not transferable.

A Courtesy Caravan is available for site problems as marked on the map. Telephone: 213255

Car parks and transportation are available for your convenience. Do not park any vehicles on the roads surrounding the site, they may be towed away. 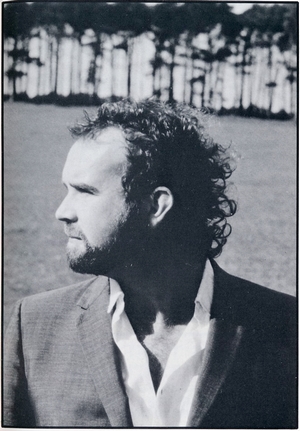 John Martyn and Danny Thompson were inseparable and worked together for seven years, and stories of their performances, exploits and influence are legend. John Martyn was born into a Scots musical family and spent the majority of his childhood in Glasgow. His first foray with the guitar was at 14 and, on leaving school at 17, he joined the local folk scene under the watchful eye of Hamish Imlach. Throughout the mid-sixties John's musical ideas were forming and under the influence of people like Clive Palmer, of Incredible String Band fame, and the music of Davey Graham, Snooks Eaglin and the black musicians of the Stax and Chess labels. This opened the door to the meld of gaelic music, with blues, country and rock 'n' roll. Since these early days John has chalked up success with his personal appearances and recordings, why only last year he was here with his band1 and wow! 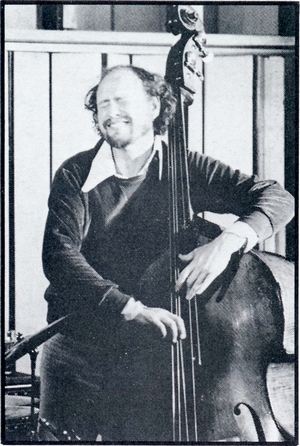 Danny Thompson comes from Devon and his early musical recollections are of trad-jazz and blues via the recordings of George Lewis and Big Bill. Danny had a crack at mandolin, guitar and then tea chest bass and settled for a real bass at the age of 16. Since then Danny has achieved fame via the work of the Tubby Hayes Quartet, Alexis Korner Blues Incorporated and Pentangle. There's hardly anybody in the music game that Danny hasn't played with, so let's not dwell on a list, suffice it to say Britains best bassist. Since this duo parted people haven't stopped asking them to play together again so here in Martyn's 20th anniversary year, a rare reunion appearance - John Martyn and Danny Thompson. A coup!!

sitenotes:
1 27 July 1985, with band. This show was broadcasted by the BBC seven months later, and also released on CD in 2003.
This was a small pocket size festival program costing £1 and measuring only 10,5x15 cm, counting 64 pages. The John and Danny segment is to be found at page 54-55. According to Danny his picture was taken in 1966..

| Paul Hillery
@bigmuffsite found this but didn't see it on your concert list https://t.co/NurVAf1AVs
6 months 3 weeks ago
END_OF_DOCUMENT_TOKEN_TO_BE_REPLACED