During the Celtic Connections festival, held January 2010 in Glasgow, there will be two tribute concerts for songwriters Nick Drake and John Martyn.
Drake's record producer Joe Boyd will lead the Drake concert with contriubutions from Vashti Bunyan, Green Gartside and Danny Thompson.
Danny Thompson will lead the tribute to John Martyn. Danny was asked on several occasions to stage a tribute concert. But he believes this event - with contributions from Martin Simpson, Luka Bloom, Eddie Reader and Darrell Scott, provides the best occasion.

They're playing the whole of Solid Air in The Button Factory.

Fresh from tackling Radiohead’s The Bends, The Universal Funk Orchestra perform the whole of John Martyn’s Solid Air on October 11 in The Button Factory (Dublin).

The roll call for the night includes musicians Max Greenwood, Dave McGuinness, Paul Carter, Garvan Gallagher, Kevin Kinney and Paul Byrne, and Karenrosanna Hammond who’ll be singing with both a heavy heart and a light head.

Given that Martyn wrote Solid Air’s title-track for him, the UFO-ers will also be encoring with a song by fellow folkie Nick Drake.

Tickets are € 10 before 9.30pm and € 12 after.
The Button Factory is new name of the refurbished Temple Bar Music Centre that opened October 2007.

Today, 29 January 2009, it was announced that John Martyn has passed away, at age 60. Only four weeks ago he was awarded an OBE, probably through the efforts of John Hillarby. Quite rightly so. 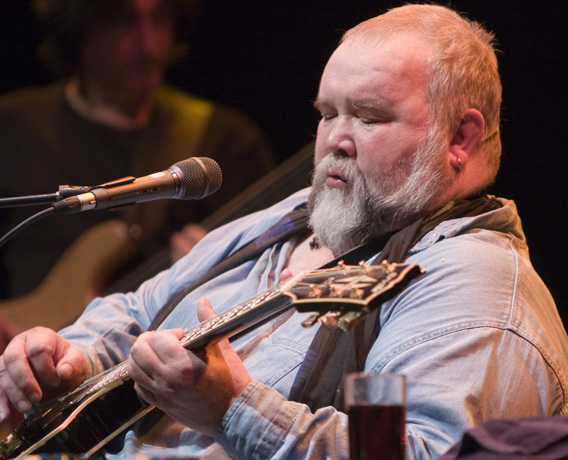 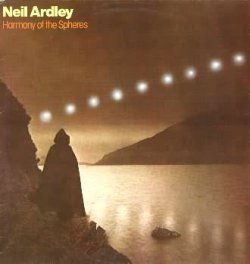 Neil Ardley's album Harmony of the Spheres received its first official UK re-issue on CD. (There was a Japanese CD release earlier on but that one is hard to get.) Featuring Ian Carr, Barbara Thompson, Tony Coe, Geoff Castle, Bill Kristian, Trevor Tomkins, and Richard Burgess (Landscape) with Norma Winstone and Pepi Lemer on wordless vocals. Another remarkable feature of the album was provided by some excellent electric guitar work from folk star John Martyn.

Harmony of the Spheres was Ardley's last recorded work for a major record label. The original cover artwork was designed by Storm Thorgerson. The album was recorded in London in 1978. Available on Esoteric Recordings eclec2096. More details in the Collaborations section.

I decided to upgrade this site to the latest version of Drupal (6.6). This went rather well, as far as I can tell. During the operation though I had to rewrite all custom code, rebuild most database queries and upgrade the template manually.

In the future I will try to add some new functionality but the main goal at this point was to present you all the stuff you are familiar with in the usual form.

Looks like we are having a fine fall considering the following scheduled tourdates:

| Paul Hillery
@bigmuffsite found this but didn't see it on your concert list https://t.co/NurVAf1AVs
6 months 3 weeks ago
END_OF_DOCUMENT_TOKEN_TO_BE_REPLACED